Arsene Wenger has backed the U.S. men’s national team for success at the 2026 World Cup, with it his belief that football has finally “come to the fore” in America.

The U.S. will be hosting football’s most prestigious international tournament in five years time alongside Canada and Mexico, which will mark the beginning of a new format that will see 48 countries compete for the trophy.

Wenger thinks the host nation will have a great chance of making it through to the latter stages of the competition, having been impressed with the emerging pool of talent that has been coming through in MLS and European football over the past few years.

“The U.S. will, in 2026, have a good team. They will be there. They already have, amongst the younger players, a good dozen who play in big clubs,” the former Arsenal manager told Le Parisien.

“In the United States, it took a lot of time for football to come to the fore. Today, it is. Some sports are losing ground amongst young people, like baseball, others have been the victim of health dangers, like American Football.

“The women, who are World Champions already several times over, have contributed a lot to its development.

“So too has the Hispanic community, crazy about football, and the presence of stars in the MLS.”

The USMNT’s current crop of stars

Many of the United States’ most high-profile players are currently plying their trade in Europe, including the likes of Christian Pulisic, Weston McKennie and Sergio Dest.

Pulisic has proven himself in the Premier League at Chelsea over the past two years while McKennie and Dest earned respective moves to Juventus and Barcelona in 2020.

Elsewhere, Matthew Hoppe is currently following in the footsteps of McKennie at Schalke, while Timothy Weah is shining in Ligue 1 at Lille.

How have they previously fared at the World Cup?

The U.S. have appeared at the World Cup ten times to date, reaching the knockout stages on four occasions.

Their best-ever showing came in South Korea/Japan back in 2002 – when they made it through to the quarter-finals before crashing out at the hands of eventual finalists Germany.

The USMNT did not qualify for the last tournament in Russia three years ago, but will be expected to make it through to the 2022 competition in Qatar when the next set of qualifiers kick-off later this year.

Thu Mar 4 , 2021
The striker had to come out during a game against Kitara which he played for only 50 minutes but his side won by a solitary goal Express FC will have to do Ugandan Premier League duty without George Senkaaba who has been ruled out for six to eight weeks due to […] 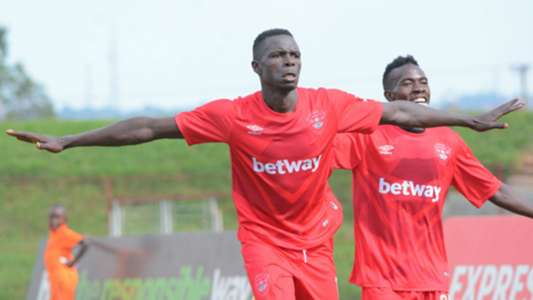