Phil Foden has rubbished suggestions Liverpool are out of the Premier League title race, saying leaders Manchester City are well aware of the danger the reigning champions pose.

City head to Anfield on Sunday for a potentially season-defining fixture. Three points clear at the top, City are seven ahead of Liverpool with a game in hand and would stretch that gap to 10 with a win.

Jurgen Klopp admitted his side were mentally and physically tired after losing at home to Brighton on Wednesday, with Andy Robertson going as far to say that the out-of-form Reds aren’t in the title race.

Foden doesn’t buy this claim, and knows that if Liverpool cut the gap to four points with a win, momentum could swing in their favour.

“At the start, we weren’t on top and everyone wrote us off, saying we had dropped too many points, but we stuck together and now we’re on top – so it shows how it can change,” Foden told BBC Sport.

“We don’t want to get ahead of ourselves – we have to just think about the next game. It’s so easy to drop points; there isn’t really a home advantage [this season] and it has been a strange year.

“They [Liverpool] are such a great team and have great players. We know they can go on a run themselves. It’s going to be a great game.

“You see how strong Liverpool have been in recent years and I still see them as a danger – also [Manchester] United are playing well. But we just have to focus on ourselves.”

Foden himself has been enjoying a productive season, and should be fresh on Sunday after sitting out City’s 2-0 win over Burnley on Wednesday.

He made his 100th appearance for the club in the recent 5-0 win over West Brom, and says he can’t imagine playing for a different club.

“I can only see myself playing for Manchester City, considering how much I’ve supported them from a young age,” he said.

“It always helps when you play for a club you support. When I was younger, it was a dream to play for the club, so never did I think I would make it to 100 appearances so early.

“I gave the shirt from that [West Brom] game to my family and they got it framed.

“I wouldn’t say I’m doing anything different this season, just playing more of an attacking role.

“In previous years, I’ve played in the middle. Now I’m out wide and you always get confidence when you score in back-to-back games.

“Sometimes you get lucky when chances fall to you. I just enjoy scoring goals and that’s what I wanted to add to my game.”

Sat Feb 6 , 2021
The youngster has penned a deal that will see him stay at the Venoms for the next three seasons Ugandan Premier League champions Vipers Sports Club have confirmed the signing of Lawrence Tezikya for three years. The striker becomes the latest addition to the Venoms squad after Yunus Ssentamu’s return […] 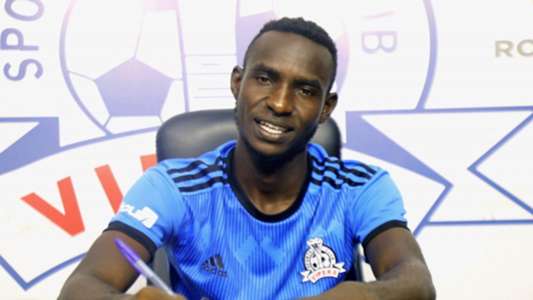