How to watch Flamengo vs Internacional

It has been a turbulent season for defending Brazilian and South American champions Flamengo.

Pep Guardiola’s former assistant Domenec Torrent was chosen to replace the wildly successful Jorge Jesus, but lasted a matter of months in the hotseat before being sacked in favour of Sao Paulo legend Rogerio Ceni.

Ceni oversaw Fla’s shock Copa Libertadores exit at the hands of Racing Club but has kept them competitive in their bid to retain the Serie A title, with the Rio club just one point behind leaders and Sunday’s opponents Internacional with two games to play.

Should Inter triumph at the Maracana, however, the title will be on its way to Porto Alegre.

Flamengo vs Corinthians is available to stream worldwide on Fanatiz , where you can sign up for a 7-day free trial.

The hosts are likely to be without William Arao, who fractured his toe in a bathtub accident during the week and required hospital treatment.

Inter are without the suspended Victor Cuesta, with Ze Gabriel set to replace the Argentine defender.

Sun Feb 21 , 2021
If Manchester City win today, they’ll equal their club record of 11 consecutive wins on the road from the 2017/18 season. Manchester City make five changes after beating Everton last time out: Walker, Laporte, Foden, Rodrigo and Jesus are the ones to make way. Most notably, De Bruyne returns to […] 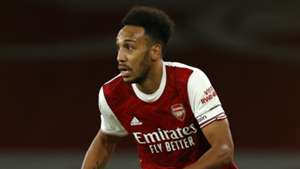