Frank Lampard expects Mason Mount to wear the captain’s armband “many times” in the future for Chelsea after the midfielder was trusted to lead the team in Sunday’s 3-1 win against Luton.

In the absence of captain Cesar Azpilicueta, the 22-year-old became the youngest player to wear the armband for the Blues since club legend John Terry was first given the role at the age of 21.

Chelsea were dominant in the FA Cup fourth round tie as a hat-trick from Tammy Abraham was enough to give them the win at Stamford Bridge despite Jordan Clark’s goal for the Championship side in the first half.

Lampard was happy with the way Mount dealt with the new responsibility and feels he was right to trust the England international because of the progress he has made since the start of last season.

“I only told him quickly in the dressing room because the armband was already hanging on his shirt, so I saw him clock it. I went over to him and I kept it brief,” the manager told Chelsea’s official app.

“Listen, he deserves it. He is playing like a captain and he played like a captain recently and all season. He loves Chelsea and came through the academy.

“The club captain is Azpilicueta and he was not playing today but he is a great role model for Mason. He feels the club, has desire for the club and tries to affect things other than himself.

“You can’t always ask a kid to do that when they are coming through because it is a lot on their shoulders but through the maturity of his performance last season but this season in particular, I have seen that he has gone up a level in his game.

“He dropped deeper today and he showed the strength and quality in his passing, but I thought it was very apt to give him the captaincy. Like I said, it will be one for the future for him with the hierarchy and how it is. But Mason is going to be a captain many times for the club going forward just not regularly right now.”

Chelsea will return to Premier League duty on Wednesday when they host Wolves at Stamford Bridge.

Sun Jan 24 , 2021
The British coach said that his players are anxious in front of goal… Odisha failed to bag three points despite leading for most of their Indian Super League (ISL) match against Bengaluru on Sunday. Diego Mauricio gave Odisha an early lead but Erik Paartalu salvaged a point for the Blues with […] 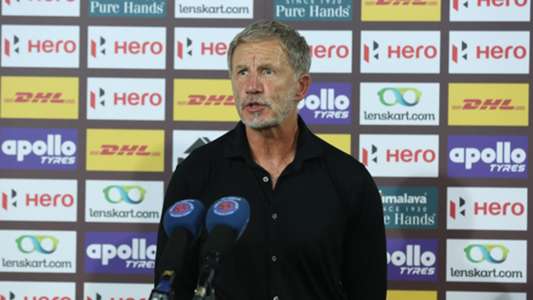