The Federation of International Football Association has extended the mandate of the Egyptian normalisation committee.

Fifa appointed the body to take charge of all football-related activities in the North African country in August 2019 after officials in the previous administration walked away following the Pharaohs’ poor outing at the 2019 Africa Cup of Nations.

Led by Amr El-Ganainy, the team comprising of one lady and four men were saddled with the obligation of managing football in the country until July 31, 2020. However, Fifa announced on Thursday that their tenure of office has been prolonged.

“The Bureau of the Fifa Council has decided to extend the mandate of the Egyptian Football Association normalisation committee, which was due to expire on 31 January 2021, until 31 July 2021,” a statement from Fifa website read.

“The Bureau observed that the Covid-19 pandemic has resulted in the implementation of stricter measures in Egypt, which has had a disruptive effect on the activities of the normalisation committee and currently prohibits the Efa from holding its General Assembly as planned for at least six months.

“The decision to extend the mandate was taken with the primary objective of allowing the normalisation committee to fulfil all of the tasks entrusted to it in its mandate, which should conclude with the holding of elections for a new Efa leadership.”

Below are the mandate of the normalisation committee which were spelt out upon their launch two years ago.

– To run the daily affairs of Efa;

– To organise and conduct elections for all Efa members based on their new statutes;

-As a last step, to act as an electoral committee in order to organise and conduct elections of a new Efa board based on the newly aligned Efa Statutes.

Thu Jan 28 , 2021
The World Cup-winning midfielder has grown accustomed to collecting major honours and hopes to add to his haul before hanging up his boots Toni Kroos is determined to land a fifth Champions League crown with Real Madrid and ensure that he heads into retirement, whenever that day comes, with no […] 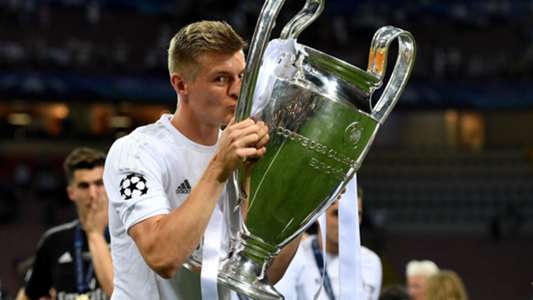