Former Al Ahly coach Rene Weiler said the African champions lack ‘tactical education’ ahead of their clash with Bayern Munich, while he has also predicted an ‘uncomfortable’ match for the German Bundesliga club when both teams battle in Monday’s semi-final fixture.

The Egyptian giants set up a date with Hans Flick’s side after they edged hosts club Al Duhail 1-0, thanks to Hussein El Shahat’s first-half strike.

Al Ahly are aiming to surpass their best feat in the Fifa Club World Cup which was a third-place finish at the 2006 edition in Japan.

When asked about the quality of Pitso Mosimane’s team, Weiler was initially positive when he spoke to Goal.

“There’s no one far below average, but also no one much better than the rest.

“All the players are incredibly athletic. The players are fast, strong and technically good because they start to play football as kids and play it day and night.

“It will be really uncomfortable to play against them. What they are lacking is tactical education.”

Over the years, Al Ahly have dominated the Egyptian top-flight and the Caf Champions League, and they recently won both titles in the 2019-20 season.

Weiler who spent a year in the North African nation, however, thinks the Egyptian Premier League is not better than top European leagues despite their aggressiveness.

“Europe’s top leagues are better, but the Egyptian league isn’t incredibly tough,” he continued. “If you play that way in Germany, there wouldn’t be many matches finishing with eleven players on the pitch in each team.

“Bayern will see and feel that Al Ahly’s players are technically gifted. The Egyptians will put everything in the duels and give their best. But I can hardly imagine that Al Ahly can keep up with Bayern for the full 90 minutes.”

Victory over Bayern Munich in Al Rayyan would set up Al Ahly to face Concacaf Champions League winners Tigres UANL in the final on Thursday after the Mexican giants defeated Palmeiras 1-0 in the first semi-final fixture on Sunday.

Mon Feb 8 , 2021
The Msimbazi giants have come out to defend their star player after missing a penalty against the ‘Ice-cream Makers’ on Sunday Simba SC have claimed it is not a crime for their midfielder Clatous Chama to miss a penalty against Azam FC in the Mainland Premier League. The Zambian star stepped […] 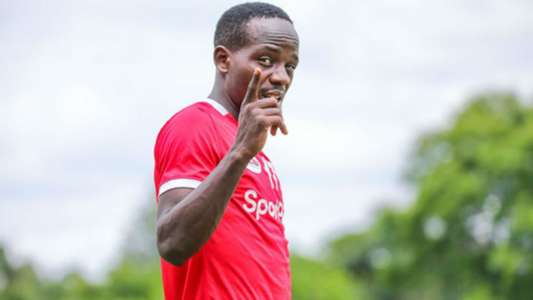