World governing football body Fifa has banned Yanga SC from signing players for the next three seasons after they failed to pay their former player Amisi Tambwe.

The Burundian striker sued Yanga after they failed to pay him Tsh43.5m accrued from sign-on fees and salaries after his unceremonious exit from the Jangwani giants at the end of the 2018-19 season.

However, despite Fifa ruling Yanga must pay the player, the club lodged a complaint with the Court of Arbitration of Sports in Zurich, who also supported Tambwe by insisting the player must be paid his dues.

Tambwe then returned to Fifa seeking help and according to his lawyer Felix Majani, they have now been banned from signing players for the next three seasons until they pay him, failure to do so will mean they will be deducted points from the Mainland Premier League and also handed a fine.

“I am Felix Majani the lawyer of Amisi Tambwe, a former player for Yanga and it is very clear in the public domain that Yanga have not paid him his money, since he left the club in 2019, so we lodged a case with Fifa which Tambwe won,” Majani told Kitenge TV on Wednesday.

“However, Yanga moved to the Court of Arbitration for Sports to protest Fifa’s decision and they lost again but we moved back to Fifa, and they have now ruled since Yanga have failed to pay the player, they will remain banned from doing transfer activities for the next three years starting from June 2021 until they pay Tambwe.

“If they don’t pay him then they will be deducted points from the league and will be fined heavily and that is the message Fifa has just communicated to us and we are waiting to see whether Yanga are ready to pay Tambwe or they will sacrifice and go without signing players.”

Yanga Media Officer Antonio Nugaz has confirmed receipt of the letter from Fifa and urged club fans to stay calm as they handle the issue.

“First I want to remove fear from Yanga people about Amiss Tambwe’s issue, the issue has been received by the club’s Secretary-General, Hajji Mfikirwa and he will work for it,” Nugaz said as quoted by Viwanjani Leo.

“If the player is supposed to be paid then he will be paid without any worries under the sponsorship of Sportpesa and Brand GSM.”

The latest development will affect Yanga’s targets for this season as they had already set their sights on winning the league title and also the domestic Cup.

Yanga are currently topping the 18-team league table with 44 points from 18 matches.

Wed Feb 3 , 2021
Following early exit from the MTN8 and missing a chance for a domestic treble, Masandawana are now keen not to lose out on at least a double Mamelodi Sundowns begin their Nedbank Cup defence when they host Stellenbosch FC at Loftus Versfeld Stadium in a Round of 32 clash at […] 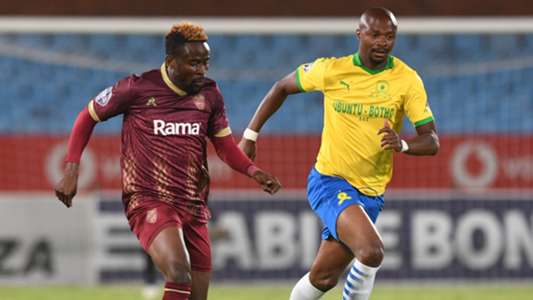