With the anticipation of the new FIFA game beginning to build, Goal brings you everything we know so far

The launch of the next FIFA game – FIFA 21 – is anticipated in 2020 and, as EA Sports boffins continue working on the finer details, eager gamers will already have it on their wishlist.

Of course, the coronavirus pandemic has disrupted the entire world and industries everywhere have been impacted, including football, so it remains to be seen exactly how the new game will be affected, if at all.

As we wait to learn what will transpire, Goal takes a look at things such as the next FIFA release date, how much it will cost, consoles it will be playable on and more.

FIFA 21 will be released on October 9, 2020, having been pushed back from its usual late September slot after EA Sports’ plans were disrupted by the coronavirus.

The new edition of FIFA normally hits shelves on the last Friday of September, but this year, FIFA 21 will be available to buy on October 9.

Early access is usually granted to those who pre-order the game, meaning they are able to play in advance of that date – this year, FIFA 21 Early Access will be available on October 6.

With E3 cancelled for 2020, EA Sports was set to announce its upcoming roster of titles during a digital event called EA Play Live 2020 on June 5.

This announcement was delayed until June 18 due to the current political climate in the United States and the protests around racial discrimination.

“With the important conversations taking place and important voices being heard around the world right now, we’re moving our time to come together in play,” EA wrote on Twitter.

The price of FIFA 21 has not been confirmed yet, but in previous years the standard edition of the FIFA franchise cost around £60 in the UK and $60 in the US.

EA Sports has, in recent years, launched a number of different editions – such as Champions Edition and Ultimate Edition – which cost slightly more than the standard edition.

FIFA 21 Ultimate Edition has been confirmed as £89.99 and $99.99 on the Xbox and Playstation official stores.

Extra perks for FIFA Ultimate Team players such as gold packs, special FUT kits and Icons is the reason for the difference between the price of the editions included some.

Which consoles will FIFA 21 be out on?

FIFA 21 will be available to play on PS4, Xbox One and PC. It will also be released on the next generation consoles PS5 and Xbox Series X.

PS5 and Xbox Series X have been earmarked for a launch date somewhere in time for the holiday period in the US, which means they may land between October and December 2020.

Given the proximity of those dates, it would seem logical for EA Sports to work in tandem with Sony and Microsoft to ensure that the new release is available to play straight away.

Google Stadia, which was launched in 2019, did not have FIFA 20, but it is possible that a push will be made to make a game like FIFA 21 available.

Once again, the Switch version of the game will be a ‘Legacy Edition’ with no new game modes or gameplay changes, but featuring updated squads and kits.

Gamers can pre-order FIFA 21 a number of months before the release date, with the pre-order period beginning on June 18 to coincide with the launch announcement of the game.

There are usually a few inducements for gamers to pre-order the game, such as cheaper prices, early access and Ultimate Team perks.

What new features will FIFA 21 have?

The launch announcement for FIFA 21 did not mention specific game mode developments or changes for the new game and focused on EA’s new Next Level experience.

With other new features not set to be announced until later in the summer, Goal takes a look at other improvements we may see in FIFA 21.

Issues with Career Mode blighted the launch of FIFA 20 and fans of this part of the game are eager for improvements to be implemented in that regard.

Other things that have appeared on the Career Mode wishlists of FIFA players on forums include more realistic transfer business, greater integration of youth players and a stadium editor.

Gameplay augmentation such as crowds booing former players who joined rivals and a greater variety of managerial reactions have also been suggested.

Each new FIFA title sees new Icons joining the roster of heroes from seasons gone by and FIFA 21 should be no different.

The street football addition of Volta in FIFA 20 was a popular aspect of the last edition of the series, giving lovers of FIFA Street a dose of nostalgia.

It has a story mode, its own soundtrack and more, but there is always room for improvement, in areas such as expanding to provide more venues, incorporating more complicated skills and so on.

The introduction of the Video Assistant Referee (VAR) is the biggest change to football in the modern era, with contentious decisions and moments now up for review.

Despite first being rolled out in 2017, VAR has not been a feature in FIFA games, mainly due to the fact that the referee in the game is a computer, so not prone to human error.

Nevertheless, it is very much a massive part of the game now and EA will be wise to add some aesthetic VAR touches to the gameplay.

One area which FIFA cannot be faulted much for is that of official licensing and the game has long featured a vast array of clubs from across the world.

However, in FIFA 20 Juventus are known as Piemonte Calcio and Barcelona are without a home as there is no Camp Nou. Those particular quirks will continue thanks to Konami boasting exclusive rights.

There is arguably something of a licence race occurring between the two brands, so it will be interesting to see what happens.

There are a number of potential candidates who could appear on the cover of FIFA 21.

Eden Hazard and Virgil van Dijk were the cover stars for FIFA 20’s standard edition and Champions edition respectively. It is possible that EA will continue with this duo for FIFA 21, considering their popularity and profile in the game.

Cristiano Ronaldo had been the sole cover star of FIFA 18 and FIFA 19, but it is unlikely that the Portugal icon will return to grace the front of the game, in part due to Juventus’ exclusive partnership with EA’s rivals Konami, which is set to last for another two years. A similar situation between Barcelona and Konami could mean that Lionel Messi will not be on the cover of FIFA 21.

The likes of Neymar, Kevin De Bruyne and Paulo Dybala have appeared as FIFA cover stars in recent years and there are plenty of other alternatives besides.

Up-and-coming stars such as Kylian Mbappe, Jadon Sancho and Erling Braut Haaland could be in contention, while other more established performers like Mohamed Salah, Paul Pogba and Antoine Griezmann are always in the conversation.

Fri Jun 19 , 2020
The France star is never far from transfer speculation but a Red Devils icon has no doubts that he will remain in the Premier League Manchester United legend Peter Schmeichel claims to be “absolutely convinced” that Paul Pogba will remain at the club as “the right people” have told him the […] 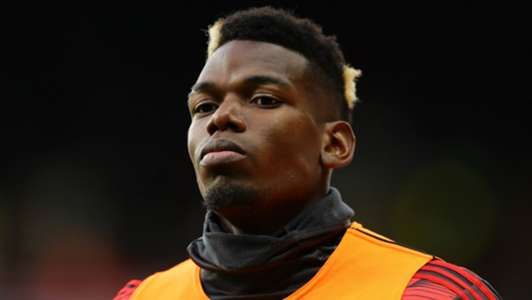