At the beginning of each season, EA Sports gives ratings to every single player for the launch of the new FIFA game.

However, as the season progresses, it becomes clear that some players have been underrated and deserve higher scores in the game.

This breathes new life into the game as many new players become more useful and this helps provide more variety when teambuilding in FIFA Ultimate Team.

When does the Ratings Refresh start?

The Ratings Refresh promotion is expected to start on Friday, February 18 in FIFA Ultimate Team.

It usually runs for two weeks as upgraded players and special squads are released, as well as in-game objectives and limited-time Squad Building Challenges.

The Ratings Refresh usually coincides with the end of the January transfer window and sees many players who have changed clubs receive new overall ratings.

How does the Ratings Refresh work?

During Ratings Refresh, many players will be upgraded and receive a new basic card in FIFA Ultimate Team.

Players who have received in-form cards such as Team of the Week items may also see those cards also get an automatic boost as their base rating improves.

Standard cards with the new ratings will be released in packs, replacing the older versions, but any standard cards in your club already will not be upgraded.

In FIFA 20, EA Sports also introduced a Winter Refresh squad to replace Winter Ones to Watch, containing upgraded transferred cards and other boosted players with new positions and attributes.

Which players will get upgraded?

In previous editions of FIFA, lots of players would get upgraded even if their ratings had only improved slightly in the live database.

Last year, only players with at least a +3 boost to their overall rating received an increase, but this may not continue for FIFA 21.

The Online Seasons database is usually a good guide to know which players will get upgraded during Ratings Refresh. These ratings below are taken from the live database which is used for Online Seasons and Career Mode.

Mon Feb 15 , 2021
The Nigerian forward is looking forward to playing for his childhood team while revealing his compatriot’s feat is what gets him going Solomon Okuruket has opened up on his “dream” move to Premier League side Arsenal while disclosing that Odion Ighalo’s move to Manchester United remains his driving force. The […] 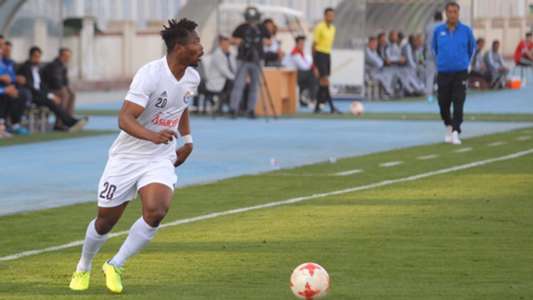