Lots of players have changed clubs this month – when do they get updated in the game?

The January transfer window is one of the most entertaining parts of the season for football fans as clubs sign new players and supporters get excited to see what these new arrivals can add.

People also often wait until after the transfer window closes (this season it will happen on February 1) to begin new challenges in Career Mode so that all the teams have their new squads for the rest of the season.

The January transfer period also results in some players getting upgraded ratings at their new clubs as part of the annual Ratings Refresh.

When are January transfers added to Online Seasons?

The online database for FIFA 21 is constantly updated with squad changes, dynamic ratings adjustments and other edits throughout the season.

This means that players who change clubs in real life will find their equivalent updated within a matter of days in FIFA 21.

When you start FIFA 21 or attempt to play online, you will see that a new squad update must be downloaded before you can continue.

These updates contain the latest transfer moves and other changes, meaning that real-life transfers will be processed very quickly in FIFA 21 for Online Seasons and Career Mode.

✅ Ronaldo
❌ Messi@EASPORTSFIFA have named their #Fifa21 Team of the Year 🎮🔥#TOTY #FUT pic.twitter.com/kvugfolDXv

The FIFA Ultimate Team database is updated less often than the Online Seasons database, but still gets regular updates as new players are added to FUT for Team of the Week, Squad Building Challenges and other promotions.

Additionally, roster changes are made on a semi-regular basis as transfers and loans happen.

During the month of January and into February, the latest transfers are added to the game, meaning players are usually added to their new clubs within a week or two after their real-life transfers.

Transfer updates are made in batches during January, rather than individually like in Online Seasons and Career Mode. So it may take up to two weeks before players are assigned to their new clubs.

When players are given new clubs, the previous version is removed from packs, which usually sees their price rise as they become more rare.

Will players get upgraded on FIFA 21 after the January transfers?

After the transfer window closes on February 1, the last batches of transfer updates will be made in Ultimate Team.

After this, EA Sports will do its annual Ratings Refresh, which sees the best-performing players from the season so far receive overall ratings boosts to their base cards.

What rating will Gareth Bale have by the end of #FIFA21? 📈 pic.twitter.com/GSKFUJseFX

Last season’s Ratings Refresh saw players like Erling Haaland and Bruno Fernandes get upgraded and players like Jack Grealish and Gio Reyna could see their scores receive a bump in FIFA 21.

The Ratings Refresh usually begins in mid-February, so is likely to start on February 11 this year.

Will there be Ones to Watch players for January transfers?

Ones to Watch cards are awarded to players who have changed clubs and upgrade automatically every time that player is included in Team of the Week or gets a Man of the Match item.

At the start of the season, new Ones to Watch (OTW) cards were released, including players like new Chelsea signing Timo Werner and Atletico Madrid’s Luis Suarez.

In previous editions, additional OTW players were released after the January transfer window, but this did not happen in FIFA 20, so there is a doubt that it will return for FIFA 21.

Instead, EA Sports released Headliners cards which update automatically like OTW cards, but are for existing high-performing players rather than new arrivals at clubs.

Who is Thomas Tuchel? New Chelsea manager's record at PSG and Dortmund

Mon Jan 25 , 2021
The German coach is set to join the Premier League giants in a sensational move following Frank Lampard’s dismissal Thomas Tuchel is set to replace Frank Lampard as Chelsea manager after Roman Abramovich made the “difficult decision” to sack the Blues legend following a disappointing run of form. The German […] 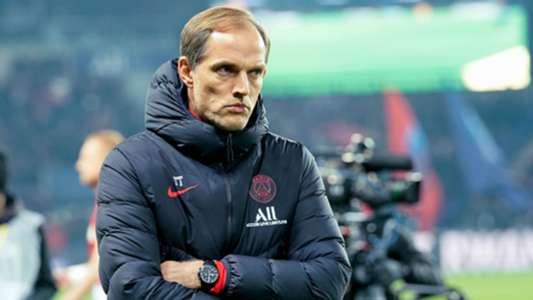