Video games have become enmeshed with real life and that is particularly true when it comes to football, with clubs and players devoting more time to virtual pursuits.

EA Sports’ FIFA series is one of the biggest bestselling game franchises in the world, with millions of avid gamers – including professionals – immersing themselves into the world of Ultimate Team on an annual basis. Getting on the cover of FIFA is now a matter of great prestige for footballers, not to mention financially rewarding thanks to the associated marketing and brand boon.

So, who will be on the cover of FIFA 21 when it comes out? Goal takes a look at all of the candidates.

Editors’ Picks
Who will be FIFA 21 cover star?

Following the release of EA Sports’ first look at FIFA 21, two players have emerged as clear front-runners to be the game’s new cover star.

It seems likely that FIFA 21 will have more than one cover star, whether that is spread across its multiple editions or a number of players sharing top billing together.

The first glimpse at the game most prominently featured Kylian Mbappe. Lightning-quick and skilful, the Paris Saint-Germain star is generally one of the most sought-after players on FIFA and he represents one of the new generation filling the boots of Lionel Messi and Cristiano Ronaldo.

As well as Mbappe, the first-look video featured a number of images of Liverpool players and fans, with Virgil van Dijk standing out.

The Dutchman featured on the cover of FIFA 20 and ran Messi close in the 2019 Ballon d’Or voting, so it would not be a surprise to see him feature alongside Mbappe. Fans may hope the presence of a forward and defender together signals a balanced gameplay experience.

Regardless, there remains no shortage of alternatives to the two current front-runners.

Rising stars such as Borussia Dortmund’s Erling Haaland and Jadon Sancho have been dazzling fans over the past few seasons, with each of them cultivating their own unique ‘brand’ on the pitch, replete with memorable celebrations.

Mbappe’s PSG team-mate Neymar is another strong contender and has history with EA Sports, having featured on the revamped cover of FIFA 19, though the Brazilian would undoubtedly prefer to have sole billing.

Every year, FIFA fans across the world are invited to vote for the player they would most like to see on the cover of the game, which, while it may not ultimately be heeded, gives EA Sports an indication of who might be the popular choice.

Some of the candidates on the FIFPlay website vote, for example, include Manchester United midfielder Paul Pogba, Liverpool’s Mohamed Salah and the veteran Zlatan Ibrahimovic. Tottenham forward Heung-min Son is a popular suggestion for many who play the game, alongside the likes of Robert Lewandowski, Kevin De Bruyne and Christian Pulisic.

As mentioned, licensing agreements that exist with Konami mean that Barcelona and Juventus players are highly unlikely to feature on the front cover of FIFA 21. So, in addition to Messi and Ronaldo, it would appear to rule out popular players such as Antoine Griezmann, Paulo Dybala, Luis Suarez and Philippe Coutinho.

Who was the last FIFA cover star?

Real Madrid playmaker Eden Hazard was the cover star of FIFA 20 on the standard edition of the game. Liverpool defender Virgil van Dijk was the face of the Champions edition.

Zinedine Zidane was the star of FIFA 20 Ultimate edition as EA Sports trumpeted the former Real Madrid player’s long-awaited arrival as an Icon in the game’s Ultimate Team mode.

FIFA 19 had a more complicated situation regarding the cover star, with Ronaldo being replaced by the trio of Neymar, Kevin De Bruyne and Paulo Dybala mid-way through the season.

Ronaldo had been appearing as the sole face on the cover of the game for the second time after also being the front of FIFA 18. A few years before the Portugal star took up occupancy on the cover, his eternal rival Messi had been the undisputed face of FIFA, appearing on the covers of FIFA 13, FIFA 14, FIFA 15 and FIFA 16.

The Argentina international was succeeded by Germany and Borussia Dortmund forward Marco Reus on FIFA 17, and Wayne Rooney was the main man for FIFA before Messi, alongside Kaka.

Check out the full history of FIFA cover stars here 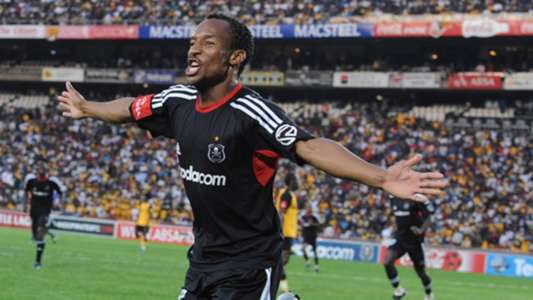