Bruno Fernandes has admitted that he is wary of the threat a wounded Liverpool side will pose Manchester United in the FA Cup, while insisting “big players can show in every moment”.

Liverpool and United are set to do battle for the second time in seven days at Old Trafford on Sunday.

The two teams played out a dull 0-0 draw at Anfield in the Premier League last weekend, but fireworks will be expected when they meet again in the world’s oldest national football competition.

Liverpool are coming into the fourth-round tie on the back of a surprise defeat at home to Burnley which left them trailing the Red Devils, who beat Fulham in midweek, by six points in the top-flight standings.

Jurgen Klopp’s side have not picked up a victory since a 7-0 demolition of Crystal Palace on December 19, scoring just once in their last five outings.

However, Fernandes isn’t putting much stock into talk of a crisis at Liverpool, with it his belief that the likes of Mohamed Salah, Roberto Firmino and Sadio Mane have the ability to spark into life at any moment.

“I think teams have moments. I don’t think Liverpool are playing poorly. I think they don’t win and this is the point. When teams don’t win, everyone talks about that,” the Portuguese playmaker told United’s official website .

“When players don’t score, everyone talks about that. I feel that on me because I know the standard is high, because I arrived and I scored a lot of goals and make a lot of assists, and everyone is wanting goals and assists from me.

“It is the same – everyone expects goals from Salah, from Firmino and from Mane. They are not scoring in the last games and it starts feeling like ‘oh, they are not playing well’.

“They create, they play, but the other teams are playing better and, as I said before, they have more qualities to play. Every team goes there to play maybe without the pressure of the fans.

“Teams play a little bit more comfortably and, as I say, I think it is a moment. We don’t have to look at that moment because big teams and big players can show in every moment.”

Fernandes added on the importance of United progressing in the FA Cup at the expense of an arch-rival: “In the past already, I have seen Manchester [United] playing for a long time and I know what that game means for the fans.

“Everyone knows and of course, for us, it means a lot because it is a cup [game] and it is a chance to put one of the strongest teams who are in the cup with us out.

“So we have to take that. Of course, we have so many teams in the cup in this moment that maybe you can have an easier game than this, but if you want to win the cup then you have to beat the biggest teams, so we have a chance now to beat one of the best that is left in the FA Cup.

“I hope it can be a good game, but what is important for me is winning the game. But I hope and I am sure it will be a good game for the fans, and for everyone who is watching.

“I think they can enjoy it with goals or no goals. The game has players with quality to try to give quality to the fans.”

Sat Jan 23 , 2021
The Slum Boys’ tactician was left a frustrated man after his team failed to break down the Dockers in a 0-0 draw Mathare United coach Salim Ali was disappointed his team did not claim maximum points from their FKF Premier League fixture against Bandari on Friday. The two sides faced off […] 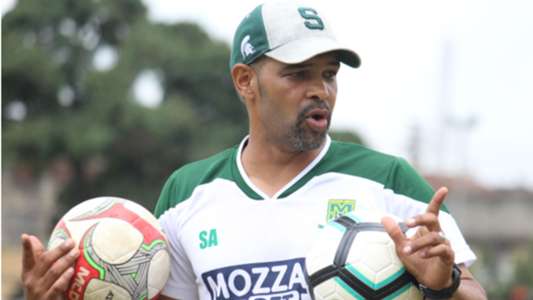