Bruno Fernandes has come to the defence of Manchester United team-mate Jesse Lingard after the winger scored in a rare appearance at Leicester.

A second-half Fernandes penalty and Lingard’s late goal secured United a place back in the Champions League on Sunday.

The Red Devils continued their fine form under Ole Gunnar Solskjaer, clinching third spot in the Premier League from Chelsea.

His form has been in decline for months and he gave an honest interview on Friday that explained how “family issues” have affected his performances on the pitch.

And Fernandes says Lingard deserved his goal against Leicester on Sunday. Stating how hard the 27-year-old has been working in training to help the team.

Fernandes told MUTV: “Of course it’s a mistake from the keeper [Kasper Schmeichel] also but if Jesse doesn’t go there the goal doesn’t come so it’s for this we work.

“For me Jesse deserved this goal because of what he works for all week. For all the comments everyone is saying about him and other players. Becaues they don’t play too much or they don’t play good enough.

Speaking about his own goal record, Fernandes added: “I think the most important one will be the next.

“I’m always thinking about the next one. I’m happy, all goals are important in different ways.”

Manchester United have reportedly been set a deadline for when they need to get a deal done for Jadon Sancho.

The Red Devils secured their place in next season’s Champions League after a 2-0 win at Leicester on Sunday.

That qualification was always considered povital to their hopes of signing the Borussia Dortmund forward.

And now that their transfer budget is in place, United will up their efforts to bring in the 20-year-old.

A report from Bild claims that the Old Trafford club will increase their initial €98m bid for Sancho. Dortmund are wanting closer to €120m.

The player himself favours a return to his homeland. But the report has explained why the deal must get done within the next fortnight. Read more…

Tue Jul 28 , 2020
Date published: Tuesday 28th July 2020 10:47 Aston Villa have axed Jesus Garcia Pitarch as their sporting director, according to widespread reports. PA news agency understand Pitarch has left the club, while Sky Sports state the 56-year-old has been “sacked”. The BBC claimed Pitarch’s “position was under scrutiny” after his […] 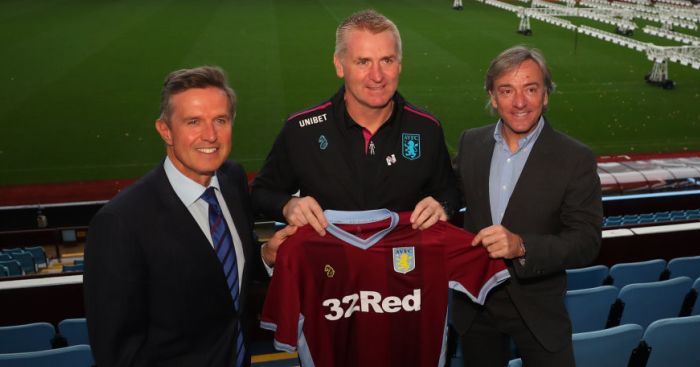