Bruno Fernandes has revealed that becoming a Manchester United talisman has not spared him from incurring Ole Gunnar Solskjaer’s wrath, with the Portuguese admitting to getting the hairdryer treatment from a mild-mannered coach on at least two occasions.

The Red Devils have found considerable value in a midfielder snapped up from Sporting during the winter transfer window of 2020.

Fernandes has contributed 29 goals and 20 assists to the United cause through 54 appearances, becoming an on-field leader at Old Trafford when the Premier League heavyweights were crying out for inspiration.

The 26-year-old has become untouchable in the eyes of many, with plaudits raining down on him, but he has refuted any suggestion that Solskjaer is a soft touch and a coach that can hand out preferential treatment.

Fernandes told TV2: “[Solskjaer] has his moments, like everyone else. I think he’s been really mad at me twice.

“It’s not so much, I’ve played 54 games now. During those fights he has been angry with me twice, it’s not bad, so I’m happy with that. Sometimes he has to be calm, other times he has to scream and yell at his players.

“It’s about how to get the best out of the players. For me, it works well that he is angry sometimes. I don’t want to be a player no one demands anything of.

Fernandes added on his boss: “I think everyone knows that he gives the players a lot of confidence. The conversations we had when I came here were very important to me, because he always said that I should express myself.

“In the beginning, he often repeated that I should express myself, be myself and do the same as I have always done.

“Over time, he has begun to demand more and more of me, and I think it is important that I demand a lot back.”

Fernandes has made no secret of the fact that he intends to add to his medal collection while in Manchester, with three pieces of silverware still in United’s sights this season.

He said of collective ambition at United: “We have to focus on the trophies. That’s what it’s about.

“We have to focus on all the tournaments we are in. Now we are still in three tournaments. Now it’s the Premier League, then the FA Cup and then the Europa League begins.

“I think we have to think that we are going to win all those tournaments. We have the chance to do that and we have to believe that it is possible.”

Fernandes will not take kindly to ending another campaign empty-handed, with a demanding character expecting nothing but the best from himself and a star-studded cast of team-mates.

“I do not react well when we lose,” he said, with a home date against Everton next up for United.

Sat Feb 6 , 2021
Andre Zanotta oversaw a switch to Roma for a highly rated United States international, and he has previously worked with legends at Santos and Gremio Bryan Reynolds’ “rollercoaster” transfer to Roma has conjured up memories of working with Neymar and Ronaldinho for FC Dallas director Andre Zanotta. The MLS outfit […] 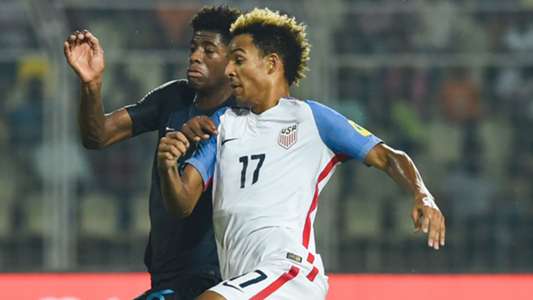