Bruno Fernandes’ “disappointing” form against the traditional big six is “worrying” for Manchester United, according to Paul Scholes.

Fernandes has been a revelation at Old Trafford since making his way to Manchester from Sporting CP for €55 million (£49m/$67m) in January 2019. The 26-year-old has contributed 28 goals and 18 assists to United’s cause in his first 53 appearances across all competitions.

However, Fernandes has now failed to score in his last six Premier League appearances for Ole Gunnar Solskjaer’s side with his latest blank coming against Arsenal at Emirates Stadium on Saturday.

The Portugal international was largely ineffective in the final third during the 0-0 draw, which leaves the Red Devils three points behind leaders Manchester City in the title race having played a game more.

Fernandes failed to light up stalemates against Chelsea, Manchester City and Liverpool earlier this season, and also featured in the 1-0 home loss to Arsenal and the 6-1 reversal at the hands of Tottenham, with Scholes concerned that such a talismanic performer is failing to lift his game at the most crucial moments.

The United legend singled out the ex-Sporting star for criticism while playing down his old club’s chances of winning English football’s top prize following their failure to bounce back from a surprise defeat to Sheffield United.

“When you struggle against Sheffield United the other night and you get beat by them, and it comes to the big game, you have to win these games, and they just can’t find a way of doing it,” Scholes told Premier League Productions.

“Bruno Fernandes has been disappointing in every single one of them. He’s had great numbers, great assists, great goals, I think in the last five games against big teams he’s had no goals, no assists.

“It’s really worrying, and that’s why United are where they’re at. I know they’re in a good position, it’s an alright position, but it’s not a position where you think this team will go on to win the league.”

The treble winner added: “They’ve come to Arsenal, who aren’t a great team, and they haven’t won the big game. There is no desperation to win it either. I don’t see them throwing bodies forward.

“Arsenal weren’t a threat going forward, no Saka, no Aubameyang.

Simba SC did not plan to part ways with Vandenbroeck – Magori 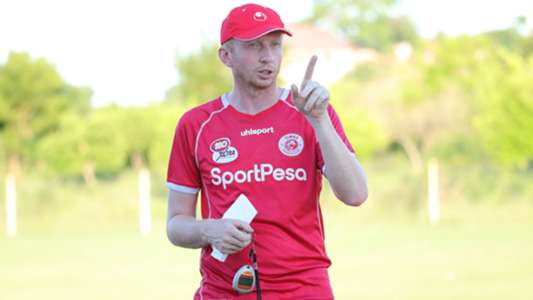