In the battle of the youngsters and Queen’s debutants, the 8th seed Felix Auger-Aliassime defeated the top seed Stefanos Tsitsipas 7-5, 6-2 in an hour and 38 minutes a year ago to reach the semis. An 18-year-old Canadian scored the second triumph of the season over the Greek after Indian Wells, advancing to the second ATP semi-final on grass from as many tournaments (Stuttgart in the previous week), making another big step towards the top-20 and the first ATP title.

Auger-Aliassime fended off all seven break points he faced, gathering momentum from a day ago following victories over Grigor Dimitrov and Nick Kyrgios. The Canadian was braver and more determined player than the Australian Open semi-finalist, firing 28 winners and 24 unforced errors.

Stefanos had his chances but it wasn’t his day at the prestigious event, squandering all seven break opportunities and failing to reach at least one tie break. Auger-Aliassime had the upper hand in the shortest rallies up to four strokes, hitting more service winners and creating more damage with the first groundstroke.

The Canadian forced more than 30 errors from the Greek, taming his strokes nicely and advancing into the last four. Playing against two break points in the third game of the encounter, Felix stayed focused and repelled both with winners, holding with an ace to move 2-1 in front.

Settling into a nice rhythm behind the initial shot, both players served well until the 12th game when Auger-Aliassime fired a forehand down the line to grab a break and the opening set after 51 minutes. The Canadian landed a backhand down the line winner to fend off a break point at the beginning of the second set, stealing Stefanos’s serve for the second time in a row and holding with an ace to forge a 7-5, 3-0 advantage.

During the break, Tsitsipas received a medical timeout on the right shoulder before finding the rhythm in the fifth game to earn four break chances, denied by Felix who repelled them all to remain in front. Serving to stay in the match at 2-5, the Greek suffered another break following a return winner from the Canadian who became the third-youngest multiple ATP semi-finalist on grass after Pat Cash and Boris Becker.

In the semis, Felix Auger-Aliassime would lose to Feliciano Lopez in three sets, missing a chance to compete in the final like he did in Stuttgart.

Thu Jun 18 , 2020
Date published: Thursday 18th June 2020 10:11 Chelsea have formally announced the signing of Timo Werner with a respected source reporting the exact transfer fee the Blues will pay. It was announced a fortnight ago that Chelsea had beaten Liverpool to his signature with a huge package on offer. The […] 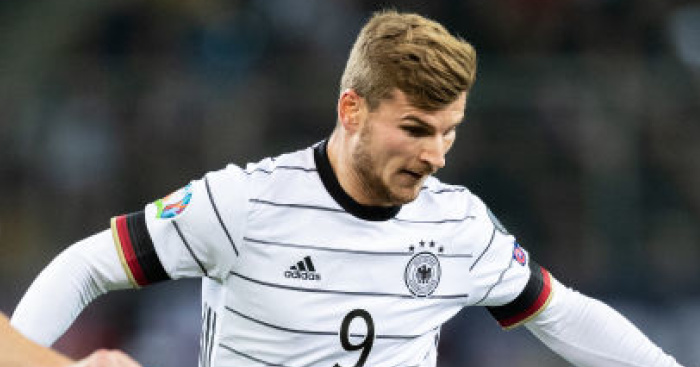