Kenya international Michael Olunga failed to win a trophy to crown a stellar season after Kashiwa Reysol went down 2-1 against FC Tokyo in a J-League Cup match on Monday.

The domestic encounter was the only chance for Olunga and teammates to finish the season with at least a trophy but Tokyo denied them that glory after winning the cup.

Weverson Leandro opened the score for Tokyo in the 16th minute before Yusuke Segawa equalised for Olunga’s side in the 45th minute.

Adaìlton da Silva, who came on in the second half, scored the winning goal for the away side in the 74th minute.

If Kashiwa Reysol would have won the title, it would have crowned Olunga’s year in Japan in style.

The former Gor Mahia forward finished the season as the Most Valuable Player as well as emerging as the league’s top scorer. The Harambee Star scored 28 goals in 32 matches even though it was his maiden season in Japan’s top-tier.

Olunga explained how he was able to find the back of the net in all those occasions during an earlier interview.

“It was a great season for me in 2020,” Olunga stated. “I was able to score a lot of goals. I would like to thank the people at Kashiwa Reysol for their support. I am very honoured to be Kashiwa Reysol’s first top scorer and the first African MVP.

“I hope that what I have achieved will have a positive impact on Japan and on the rest of the world.

“I hope that the J1 League will continue to have the best football in Asia and that more and more African players will play in it.”

We are very proud of Michael [Olunga] and I know he can still do more,” Mwendwa told Goal earlier. “We congratulate him for the award and also urge him to work even harder.”

Olunga did not take part in Kenya’s November African Cup of Nations qualifiers against Comoros after his teammates were infected with the coronavirus.

Mon Jan 4 , 2021
The French defender will spend the second half of the campaign in his homeland after a frustrating start to his career at Emirates Stadium Arsenal outcast William Saliba is set to join Nice on loan, Goal can confirm. The Frenchman will undergo a medical at Allianz Riviera on Monday, before […] 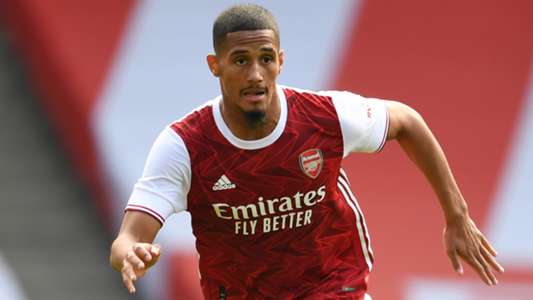