Scottish Premiership club Rangers have signed Fashion Sakala from Belgian First Division A side Oostende on a four-year deal.

The forward has found the back of the net 13 times and provided three assists in 29 league appearances for the Kustboys this season, amid other dazzling displays.

The 24-year-old will now continue his development with Rangers, who finished as the Scottish Premiership champions in the 2020-21 season.

The Zambia international has expressed his excitement on the move and hopes to contribute to the Gers’ success.

“I am very much excited to start this exciting journey with Rangers. It has been one of my dreams, and I feel like this is a dream come true to join Rangers – one of the greatest clubs in the world,” Sakala told the club website.

“They have a great fanbase and a great history, and I believe we will share great memories together.

“As a player, you always strive to play for others – that is the most important strength which keeps me going. I know that Rangers have great players and I am looking forward to learning from them and deliver.

“In my role as a striker, I know what the club needs from me and what the fans expect. The club has great players and I just want to learn from them and try to bring something that helps the team get the results.”

Rangers manager Steven Gerrard has praised the signing of the attacker and he is confident he will add value to his side.

“Fashion is a player who we have been aware of for some time. He fits our profile and has the attributes to not only thrive in Scotland but on the European stage as well.

“We are excited to see him fulfill his potential under the coaching staff at Auchenowie. We look forward to welcoming him at the beginning of pre-season.”

Rangers Sporting Director, Ross Wilson reveals Sakala had an opportunity of signing for other clubs but decided to team up with the Gers and has lauded the move.

“We started our planning for next season in January and we are really pleased that Fashion’s commitment to join Rangers is another significant and positive step in that process,” Wilson said.

“He had a number of exciting clubs he could move to this summer, but his enthusiasm to join Rangers was clear from early on in our discussions.

“Fashion has had an excellent season in Belgium and we believe he will develop further, working with all of our staff at the training ground. Fashion is a determined, humble and a positive guy and we are sure he will fit the group here.

“We wanted to add more pace and power to the group across January and the summer and I am pleased that we have done that, firstly with Scott Wright and now with Fashion Sakala. I know Steven and the coaches are excited to work with Fashion and I am sure that he will further enhance his growing reputation here with Rangers.“

Fulham’s Nigerians: What next after inevitable relegation?

Tue May 4 , 2021
Ola Aina and Ademola Lookman lead the contingent whose careers may be at a crossroads if the West London side drop to the Championship As Ola Aina tried in vain to prevent Timo Werner’s well-timed pass to Kai Havertz in the opening stages of the second half, the immediate seconds […] 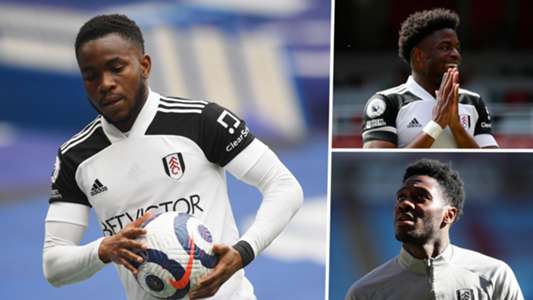