Gameweek 22 in the Fantasy Premier League is here, with many FPL bosses undoubtedly still seething at Pep Guardiola.

The Catalan decided to rest John Stones (£5.2m), Joao Cancelo (£6m) and Raheem Sterling (£11.6m) for Manchester City’s 1-0 win over Sheffield United, to leave many relying on their bench and automatic substitutions.

Goal is on hand to offer team selection advice, possible captain picks and more as you look to turn those arrows green and climb your league tables.

Aston Villa goalkeeper Emiliano Martinez (£5.1m) became the first goalkeeper to pass the 100-point mark on Saturday as he kept another clean sheet in his side’s 1-0 win over Southampton.

With 33.5 per cent of total owners, the Argentine is the most popular goalkeeper in FPL and with matches against West Ham (H), former club Arsenal (H) and Brighton (A) to come in the next three gameweeks, he remains a sound investment even though his price continues to creep up.

If you’re after an alternative suggestion then look no further than Nick Pope (£5.4m).

The Burnley number one has more bonus points (17) than any other goalkeeper and is likely to be busy once again as the Clarets face Manchester City on Wednesday evening.

Get that fixture out of the way and then Sean Dyche’s side can look forward to matches against Brighton (H), Crystal Palace (A) and West Brom (H), so bringing in Pope now makes perfect sense.

You could hear the collective groans across the FPL community at 2pm on Saturday after it was confirmed that Guardiola had dropped Stones (£5.2m), Cancelo (£6m) and Sterling (£11.6m) from his starting XI.

And although we did warn you that Cancelo could well make way for Kyle Walker (£6.1m), we weren’t expecting Stones to also lose his place, given he’d played the full 90 minutes in the seven previous league games.

So now we’re left with the dilemma of what the Manchester City boss will do next.

The Premier League leaders face Burnley away on Wednesday, four days before a crunch clash with Jurgen Klopp’s Liverpool on February 7.

It would seem likely that Cancelo at least will come back in for the trip to Turf Moor although there’s every chance that Guardiola will now give Aymeric Laporte (£6m) a run in the side at Stones’s expense, or perhaps it will be Ruben Dias’s (£6m) turn to have a rest.

If you don’t want to take any risks with City players in your line-up, which is probably a wise decision, then look no further than Aaron Cresswell (£5.6m).

The West Ham left-back is proving a reliable source of points with his excellent set-piece delivery and has eight assists, and 11 bonus points, since the start of the 2020-21 season.

That is the question many FPL managers will be mulling over as the Portuguese suffers a dip in form that has seen him go five Premier League matches without scoring.

As we mentioned in last week’s column, it’s going to take a few more blanks before we consider selling the Manchester United star, with Mohamed Salah (£12.6m) the only high-value midfielder that justified their price-tag in Gameweek 21.

Indeed, you only need to look at the Egyptian’s form to justify sticking with Fernandes, for now, with the Liverpool forward having gone six gameweeks without a goal or assist before rewarding those that stuck with him with two goals in the 3-1 win over West Ham last time out.

The Aston Villa captain has produced returns in his last three matches and should add to that in the coming gameweeks, with West Ham (H) and Arsenal (H) to follow for Dean Smith’s side.

And it’s about time we mentioned the form of Leicester City winger Harvey Barnes (£6.9m), who has quietly and efficiently gone about his business to rack up a total of 94 points this season.

The 23-year-old has recorded either a goal or assist in all but one of his last seven matches and the Foxes have winnable fixtures, away at Fulham and Wolves respectively, as they look to bounce back from the defeat to Leeds.

It was a gameweek to remember for Callum Wilson (£6.7m) last time out, with the Newcastle United striker the best player on the pitch at Everton as he scored two goals to help ease the pressure on Steve Bruce.

Newcastle face Crystal Palace and Southampton at home in their next two league matches so now is the time to bring in the England striker before perhaps selling him again ahead of Gameweeks 24 and 25, where fixtures away at Chelsea and Manchester United await.

Patrick Bamford (£6.6m) is also a man in form, with his two goals and one assist securing 15 points in Leeds’ impressive win at Leicester City in Gameweek 21.

There are concerns that he may not make the meeting with Everton due to a leg injury although Marcelo Bielsa has claimed that the problem is “more simple” to overcome, meaning he should be available to face the Toffees.

Who is the best captain pick for Gameweek 22?

Another week, another poor captain suggestion from the column!

Ilkay Gundogan (£5.8m) was the culprit this time – the in-form Manchester City midfielder unable to produce more magic against Sheffield United as he returned a disappointing three points.

With a home fixture against Brighton and coming off the back of his two-goal outing against West Ham in his last match, surely Salah (£12.6m) is going to get us back on track this week.

The only caveat is that Jurgen Klopp may choose to rest the 28-year-old ahead of the City game.

That said, with Liverpool four points behind Guardiola’s side they can ill-afford any more slip-ups, especially at home. With that in mind, not picking Salah wouldn’t seem the wisest decision and he should therefore be in from the start on Wednesday night.

‘When you have Ronaldo with you, you always start 1-0’ – Juventus can ‘win anything’ with Portuguese, says Vieri

Tue Feb 2 , 2021
The former Bianconeri frontman believes Andrea Pirlo can deliver more major silverware in Turin as he has plenty of match-winners within his ranks Juventus remain capable of winning “anything every year” because “when you have Cristiano Ronaldo with you, you always start 1-0”, says Christian Vieri. The Bianconeri have not […] 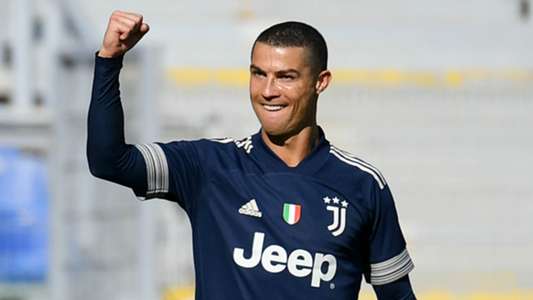