Manchester United players have been consulted over music to be played at Old Trafford during the behind closed doors games in the hope it will give them a boost.

Club chiefs have been in consultation with the players, Ole Gunnar Solskjaer, fan groups and the Premier League over the best ways to try and create as much of an atmosphere in Old Trafford as possible for the Premier League restart – despite no fans being allowed inside.

Wraps will be placed around the lower tiers and some of the second tiers of Old Trafford with pictures of thousands of fans that the club have been collecting over the past week.

Fans were asked to send in their pictures to the club to be part of the mosaic which will be on the wraps along with messages of thanks to the NHS, Premier League branding and club messages. Pictures of fans celebrating will also be shown on the electronic boards which are around the side of the pitch at Old Trafford.

Clubs have been given permission to use creativity so each will have different aesthetics inside their stadium.

Tottenham, who United play on Friday, are set to have images of fans celebrating on their huge screens. That is something which is not an option at Old Trafford as they only have small scoreboards with no screens.

Cardboard cut outs of fans, which have been used in other countries, is something that has been dismissed.

Fans watching at home will have the option to listen to crowd noise on their television and while that will not be pumped into the stadium, music will be played at different points of the game, for example when a goal is scored.

It is understood a final decision has yet to be made on what audio will be used at what points the players have been consulted over what they would like.

Plans are expected to carry on evolving up until United’s first home game of the restart, against Sheffield United next Wednesday, but plans are well underway to ensure fans are represented inside the stadium.

The club hope that while they are not looking to replace fans inside the stadium their pictures being part of the wrap gives them the opportunity to feel apart of the restart while supporting the team from home.

The mosaic will be made up of pictures of season ticket holders, members and those who have never been able to attend a game at Old Trafford before.

Tue Jun 16 , 2020
The ex-Bafana Bafana skipper shrugs off blame for the June 16 heavy defeat by the South Americans Former South Africa captain Aaron Mokoena says he “always put his body on the line” for his country and cannot be held accountable for the opening goal in the 3-0 defeat by Uruguay […] 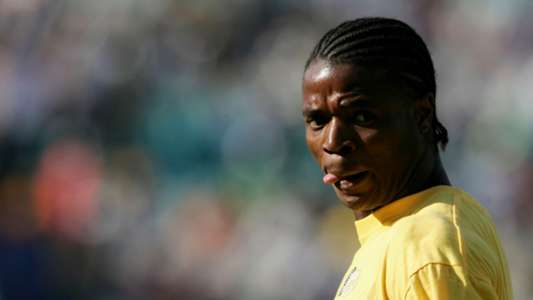