After playing nine matches, ATK Mohun Bagan sit at the top of the 2020-21 Indian Super League (ISL) table with 20 points. They are a point above second-placed Mumbai City who have a game in hand.

As the Mariners extended their unbeaten run to five matches with a 2-0 win against NorthEast United on Sunday, they also served the rest of the league a reminder.

The fixture against the Highlanders figuratively had the words ‘stalemate’ written all over it. It was always going to be a battle between two teams that thrived when they defended deep and countered their opponents.

Before the game kicked off, among all teams in the ISL this season, Bagan’s passes and passing accuracy numbers were the lowest. Their opponents NorthEast United had an average possession of 42, lowest by a team this season.

It was a slow start as expected and the first half went by without the keepers being tested. The NorthEast defence did a decent job of containing the likes of Roy Krishna and David Williams. At the other end, Carl McHugh was once against heavily involved in whatever Bagan did in their own half.

4 – This is the 4th time in this season of the @IndSuperLeague , @atkmohunbaganfc striker @RoyKrishna21 has found the back of the net with his sole shot on target in a match. Deadly. #LetsFootball #ISL #ATKMBNEU pic.twitter.com/qGIn1vxR5m

Bagan pushed mostly through the right flank with Prabir Das marauding up and down the field against Provat Lakra. He was found in space multiple times in the first half but wasn’t able to make full use of his chances. On the opposite flank, Ashutosh Mehta was doing a good job of keeping David Williams silent but the control lasted only till the break.

In the 51st minute, Tiri flicked Edu Garcia’s corner-kick onto the path of Roy Krishna who headed in the first goal. Seven minutes later, another Garcia corner found Sandesh Jhingan in the centre of the box but this time the ball was put into his own net by Benjamin Lambot as he attempted to clear the danger. In seven minutes, a goalless, tight contest turned into a one-sided affair.

Kwesi Appiah’s injury meant Nus depended on Idryssa Sylla who was clueless in the final third and didn’t have enough support The Bagan defence locked their half down after taking the two-goal lead. The Highlanders were made to work hard to get back into the game and they just couldn’t do it.

Federico Gallego’s deliveries into the box were the only danger that Bagan had to deal with but even they were off the mark. The only real attempt from the Uruguayan was from a free-kick which struck the crossbar. Nus made an attacking change in the 77th minute when brought on Luis Machado in place of Khassa Camara but by then, it was too late as Habas’ men had taken over the field.

The Highlanders had plenty of time to get back into the game in the second half but their response was baffling. There was little intent to trouble Arindam Bhattacharya who only had to deal with one straightforward shot on target the entire game.

Gerard Nus has a lot of pondering to do given that NorthEast United have only won a single game in their last eight ISL outings. While they are struggling to score goals, like most ISL teams, their defence too has been shaky. The Spaniard’s team are struggling to replicate or build on their early season promise. They need to start picking up points as soon as possible as the other teams are beginning to close the gap on them.

Mon Jan 4 , 2021
The Red and Gold faithful will certainly savour the win over Odisha FC as East Bengal pick their first win of the ISL campaign… It was a long wait for East Bengal to register their first-ever win in the Indian Super League (ISL) but they finally did it in their […] 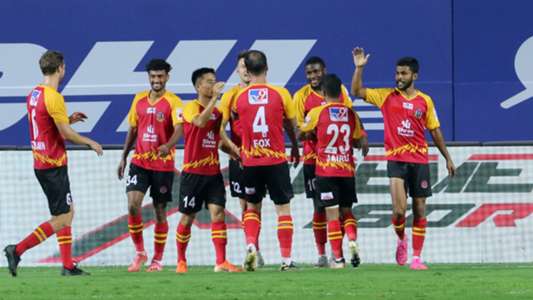