Fabio Silva has revealed his ambition to reach Cristiano Ronaldo’s level one day, while also discussing the challenge of replacing Raul Jimenez in the Wolves starting XI.

Silva became the most expensive signing in Wolves’ history when he completed a £36 million ($49m) move to Molineux from Porto in September .

The 18-year-old committed to a five-year contract with Wolves, and has already established himself as a key member of Nuno Espirito Santo’s squad in the first half of the 2020-21 campaign.

Silva has scored four goals in 18 appearances across all competitions for the club to date, including a brilliant individual effort during a 3-2 defeat against West Brom last time out.

The teenager was mainly being used from the bench before Jimenez was ruled out of action indefinitely with a fractured skull at the end of November, and he has since seized his opportunity to prove himself in the top flight with both hands.

Silva’s meteoric rise to prominence over the past couple of years has seen him compared to Portugal captain Ronaldo, who began his career at Sporting CP before going on to play for Manchester United, Real Madrid and Juventus.

He is flattered to be mentioned in the same breath as the five-time Ballon d’Or winner, and hopes to emulate his achievements as he develops his game in the coming years.

“The comparison [to Ronaldo] came from looking at my career when I was in the Under-17 team and then in the U19s. They then made a comparison with Cristiano at that age,” Silva told Goal .

“He’s a reference point, and seeing my name linked with his is a source of pride, it’s gratifying, regardless of the circumstances.

“I would like to play with him one day and, if possible, share the same dressing room.”

Silva will be back in contention for a place in Santo’s team when Wolves take on Chelsea on Wednesday, with no return date set for Jimenez yet as he continues his recovery from surgery .

The former Porto starlet knew filling the Mexican’s boots would be a difficult task, but he believes he is progressing well after an extended run in the team.

“For everything he has done, Jimenez is a very important player for the dynamics of the team and for the club. It is not easy for anyone to replace him,” said Silva.

“Because of the unfortunate situation with him, I have played in a sequence of games. I feel that I am evolving with every game I play.”

Tue Jan 26 , 2021
The Nigeria international will make a return for the Toffees when they take on the King Power Stadium outfit Everton manager Carlo Ancelotti has confirmed Alex Iwobi is fit for their Premier League game against Leicester City on Wednesday. The forward was not involved when the Toffees defeated Sheffield Wednesday […] 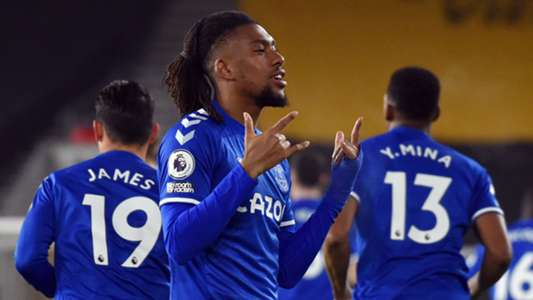