The 28-year-old has become a fan favourite owing to a string of fine performances for the Porcupine Warriors in the Ghana Premier League.

He joined the club in a two-year deal in October last year, becoming the third Brazilian to sign for the Kumasi-based side in recent years.

“Undoubtedly, he [Gama] is a very good footballer. when you see him with the ball at his feet, you’re easily convinced he’s a good player,” Tanko told Kessben TV.

“What’s left is for him to improve on the physical aspect of the game. Ghana football is 80 per cent physical. Hopefully, he should get stronger in the second half [of the season]. Aside from that, he is a very good player.”

On his full debut, Gama was at the thick of affairs in both of Kotoko’s goals which ensured a 2-0 win over Liberty Professionals in Accra.

“He is a good player. He is a player with attacking instincts and always is on the front foot,” former Kotoko star Sarfo Gyamfi recently said of the Brazilian.

“If he continues to play the next five, six matches like this he will be the best. He is a very good player. You notice a quality player with how he controls and passes the ball.”

Kotoko striker Kwame Opoku, who has struck a deadly partnership with the playmaker also added: “I am very excited to play with Fabio Gama because he is a very fine player and would love to see him feature in every match with me on the field.

“He’s my best friend and we have good talking conditions on the training ground and this is just the beginning with a matter of time and fitness people see more than what they saw.”

His last club before joining Kotoko was a stint with Jonkopings Sondra in the Swedish lower division.

Wed Feb 3 , 2021
The Nigeria international found the back of the net to inspire Brendan Rodgers’ men to victory at Craven Cottage Kelechi Iheanacho scored his first Premier League goal of the season to help Leicester City secure a 2-0 victory over Fulham in Wednesday’s Premier League game. The 24-year-old was handed his […] 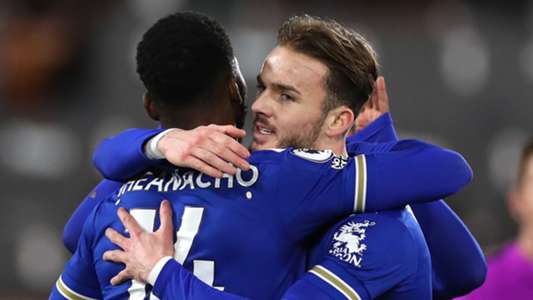