Thanks to his contributions, the star of Nigerian descent has been rewarded as the best player in Roy Hodgson’s team for last month

Eberechi Eze has been named Crystal Palace Player of the Month for January.

Monday’s recognition was the second time the 22-year-old scooped the monthly accolade in his debut Premier League season after he won the prize in November.

He started the year with his stunning strike that sealed a 2-0 victory over Sheffield United on January 2, and he closed the month with the match-winning goal that gave the Eagles a 1-0 win over Wolverhampton Wanderers on January 30.

Eze’s contributions were not ignored by the fans who gave him 36 percent of their votes to win the award while Vicente Guaita and Jairo Riedewald followed in the second and third spots respectively.

The 22-year-old has been outstanding since he moved to Selhurst Park on a five-year deal from Queens Park Rangers in August.

He has a tally of three goals and three assists after 20 league appearances for Roy Hodgson’s side this season.

Meanwhile, his beautiful solo strike against Sheffield United has been nominated for the Premier League Goal of the Month for January.

Eze will be expected to play a crucial role when Crystal Palace visit Leeds United at Elland Road for Monday’s Premier League fixture.

The Eagles are 13th in the league table, level on 29 points with Marcelo Bielsa’s side who have a game in hand.

Mon Feb 8 , 2021
The Burundian midfielder is the latest acquisition for Batoto ba Mungu who released eight players at the start of the window Sofapaka have unveiled their fourth signing this mid-transfer window after confirming the arrival of midfielder Bizimana Amissi. The Burundian international has completed his move to Batoto ba Mungu from […] 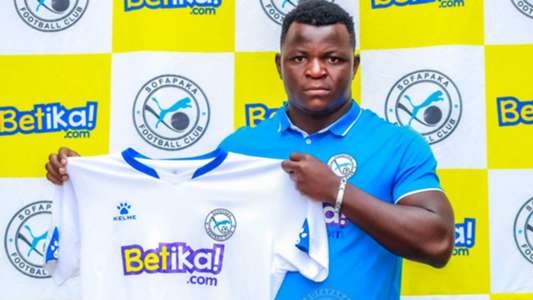