The Leeds United boss feared the threat of the Anglo-Nigerian before Monday’s encounter, and he tried to frustrate the Eagles man at Elland Road

The clock was just about to hit eight minutes when Crystal Palace’s Eberechi Eze finally got his first touch against Leeds United at Elland Road.

Marcelo Bielsa’s side were already a goal up after Jack Harrison’s third-minute strike and thoroughly dominated their South London visitors in the eventual 2-0 success.

If the plan was to keep Eze as far away from the action as possible, it looked to be working in those early exchanges, particularly as Bielsa claimed pre-game there was no formula to stop the talented 22-year-old.

“[Eze] moves in certain spaces and determines certain spaces on the pitch normally,” the Leeds boss stated before Monday night’s game. “We position players in that sector to prevent him from evolving or producing his best. When an opponent beats one of our players there’s an elective response we have allocated.

“To attribute a formula to neutralise one player is unreal.”

It’s not every time an opposing manager seems overly concerned in the press about a menacing player on the side he’s about to face, yet Bielsa implied Eze was the biggest threat to his side’s chances of success in West Yorkshire.

Perhaps, the Argentine was right. The Anglo-Nigerian opened his Premier League account against his side in the reverse fixture at Selhurst Park with a splendid free-kick and set up another in the 4-1 win.

Leeds probably deserved more on the balance of play, but the Anglo-Nigerian’s individual talent helped Roy Hodgson’s team to that triumph.

The Palace boss, probably fearing the threat of Raphinha and Luke Ayling down the home side’s right flank, opted for Patrick van Aanholt and Tyrick Mitchel at left midfield and left-back respectively, with Eze switching to right midfield.

👕 7 games
⚽ 1 goal
🅰️ 1 assist@AfricanFtblHQ and @EddyDove give an assessment of Eberechi Eze with Crystal Palace so far in this new podcast! 🎧🎙️

With Wilfried Zaha out injured, the ex-Queens Park Rangers playmaker was the Eagles’ principal threat, and Bielsa’s men looked to prevent balls into the playmaker and crowd him whenever he did have possession.

The Whites generally go man-for-man in their marking duties but there was a marked effort in trying to give Eze very little time to run with the ball or pick out reasonable options in the opening half.

Whenever he managed to beat left-back Ezgjan Alioski, the concerted work to close him down was unmistakable. Palace had very little of the ball in decent areas in the first 45 but their approach to neutralise Eze was perfectly illustrated in the 39th minute: having wriggled out of the close attention of Alioski & Harrison, the pair of Kalvin Phillips & Liam Cooper immediately shuffled across to thwart the Anglo-Nigerian.

That swiftness was arguably prompted by events three minutes earlier when they allowed the playmaker drift infield and pick out Jordan Ayew with ease. The Ghana forward’s shot from range did little to trouble Illan Meslier but it was the away side’s only effort on target in the opening half and highlighted what could happen when the 22-year-old had sustained possession.

Hodgson’s half-time switch to replace van Aanholt with Andros Townsend, seeing Eze move to his preferred role on the left, led to an instant improvement, with the maverick carrying a greater threat after the interval.

Both players played two incisive forward passes to bypass Leeds’ press and set up Ayew in a promising position. However, the Ghanaian lacked the sharpness to take advantage of the half-chance to equalize five minutes after the break. Two minutes later, Patrick Bamford made it 2-0. Game over.

Eze had more joy on the left flank against right-back Ayling and Raphinha after the break than he did going up against Alioski and Harrison, evidenced by the typical slaloming run just before the hour despite the effort to close him down. That moment seemingly backed up Bielsa’s pre-match claim.

Palace’s biggest chance of the night fell to the Anglo-Nigerian, too, but the 22-year-old somehow managed to shoot over from around the penalty spot after a good Michy Batshuayi pick-out. While Palace may wonder what might have been had the deficit been halved in the 67th minute, they were outplayed for the majority of proceedings and deserved to be beaten.

The Whites’ attacking approach exposed Eze’s lack of defensive contribution on several occasions with the youngster constantly unable to track Alioski’s forward runs in the opening half, and the same pattern was noticeable after the break with Ayling and Raphinha creating two-v-one scenarios against Mitchel.

Maybe this explained the logic behind Hodgson’s XI, even though they already faced a daunting task without Zaha.

Since January 2017, the Eagles have lost 16 of 18 games without the Ivory Coast forward in the team, failing to score in 14 of those matches.

After Monday night, that unwanted run increased to 19 games and their scoreless streak when the ex-Manchester United winger doesn’t play now stands at 15. He’s missed out four times this term and the Eagles have failed to hit the back of the net in those games.

As for Eze, who’s now lost on his last four visits to Elland Road, the greatest compliment was Bielsa’s concern pre-match and eventual tactic to limit his effectiveness. There were mixed results when the talented Anglo-Nigerian had possession but the inadequate effort off the ball exposed the glaring weakness in the attacker’s game. 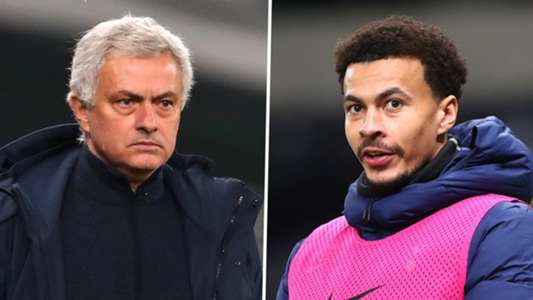