Eze delivered an impressive performance for the Eagles in the month under review, scoring a wondergoal for his side against Sheffield United.

The Nigerian midfielder dribbled his way past several of the Blades defenders before firing home from the edge of the box.

Eze’s effort ensured Palace ended their five-game winless run with a 2-0 victory over Sheffield United which helped them to their current 13th spot on the league table.

Eze and Salah will slug it out with Arsenal duo of Kieran Tierney and Bukayo Saka, Tottenham Hotspur’s Tanguy Ndombele and Pierre-Emile Hojbjerg for a chance to clinch the award.

Eze has been turning heads since teaming up with Crystal Palace in the summer from Queens Park Rangers and scored a stunning free-kick in November.

The strike was shortlisted for the best goal award in the English top-flight but lost to his compatriot and Fulham defender Ola Aina and will hope to clinch the award this time around.

The midfielder has now scored three Premier League goals and provided three assists in 22 appearances across all competitions this season.

Salah, meanwhile, has been a consistent performer of the Liverpool since his arrival from AS Roma in the summer of 2017.

The forward has won a number of awards since joining the Anfield outfit, including two consecutive Golden Boot prizes.

Salah has bagged 21 goals across all competitions for Liverpool, including 15 in the Premier League and has provided four assists.

The forward will hope to continue his eye-catching performances when the Reds take on Manchester City on Sunday.

Fri Feb 5 , 2021
The 20-year-old has started all three of the former PSG manager’s matches at the helm of the Blues Chelsea star Callum Hudson-Odoi has said he is loving life under new manager Thomas Tuchel.  Tuchel has deployed Hudson-Odoi as a wing-back and the 20-year-old has responded with three assured performances at […] 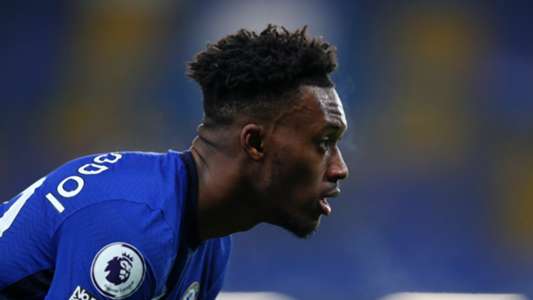