Young Africans (Yanga SC) coach Luc Eymael has put blame on the condition of the pitch for his team’s struggle to beat Mwadui by a huge margin in a Mainland Premier League match staged on Saturday.

The Tanzanian top-flight finally returned on Saturday, almost three months after it was halted owing to the coronavirus pandemic.

Yanga were the first team to take to the pitch away in Shinyanga as they needed a goal from Balama Mapinduzi to win 1-0 at Kambarage Stadium, while in another match third-placed-chasing Namungo FC threw away a two-goal lead to settle to a 2-2 draw against Coastal Union.

The Belgian coach has now told Goal his team deserved to win the contest by a huge margin but they could not achieve their target as the pitch proved to be bumpy, which denied them the chance to play their passing game.

“The game was okay a well-deserved win but we played on a horrible pitch again, we could not play our passing game as the ball was bouncing all the time,” Eymael told Goal on Sunday.

“The stand out of the pitch is very bad, only in Dar es Salaam and to be specific the National Stadium and the artificial turf [Uhuru Stadium], is where you can get a good pitch, but outside Dar es Salaam the pitches are bumpy, dry, not well kept and you cannot play the same football.”

Eymael also admitted missing a huge crowd to rally behind them also played a big part in the match as only a small crowd was allowed into the stadium as a safety measure to curb the spread of the coronavirus.

“When you are playing outside Dar es Salaam, the turnout of our fans is always fantastic but now we played with a small crowd but we understand and have nothing to do now,” Eymael continued.

Eymael also faulted the match officials for denying them what he claims was a second goal.

“They [match officials] denied us a clear goal, it was a clear goal and all these things must be worked on, we don’t want to return to the same situation that we were in before the league took a break, poor officiating should be worked on.”

On Sunday, defending champions Simba SC will entertain Ruvu Shooting at the National Stadium, while Azam FC will face off with Mbao FC at Azam Complex in Dar es Salaam.

Sun Jun 14 , 2020
Having recently hinted at a possible return to Gernot Rohr’s set-up, what could the ramifications be for Afcon 2019 top scorer’s in-form replacement? When Odion Ighalo announced his retirement from international football after the 2019 Africa Cup of Nations, many considered it the perfect time for the forward to bow […] 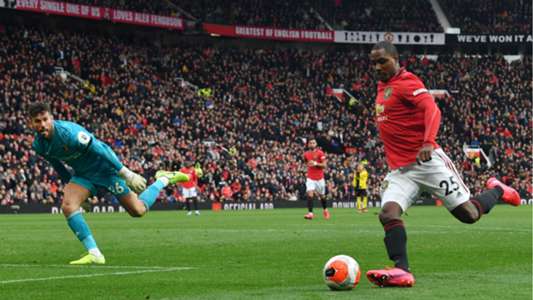