Young Africans (Yanga SC) coach Luc Eymael has revealed his frustration after forward Bernard Morrison refused to travel with him to Shinyanga ahead of their first Mainland Premier League match on Saturday.

The Belgian coach finally linked up with the rest of the squad on Friday ahead of their match against Mwadui but missing in action is the Ghanaian forward, whom he was supposed to travel with.

Eymael instead, travelled with Congolese striker David Molinga, who was also left behind when the team left for Shinyanga on Wednesday owing to unknown reasons.

Eymael has now exclusively told Goal he is not aware of what happened to Morrison because he was supposed to travel with him but later switched off his phone.

“Yes he [Morrison] promised to come with me on our trip to Shinyanga but he didn’t show up and he went further to switch off his phone,” Eymael told Goal on Saturday.

Asked if he will take action against the Ghanaian star, who joined Yanga in 2019 after leaving Orlando Pirates of South Africa, Eymael said: “I have no idea why he did that, I will first have to investigate and get to know the reason he decided to switch off his phone and then will make a decision.”

Yanga information officer Hassan Bumbuli confirmed the absence of the three players but said they had a good enough squad to win the game in Shinyanga.

“Our captain [Tshishimbi] is still recovering from injury and the game has come too soon for him while Ally and Kabamba will be ready for our next match,” Bumbuli told reporters on Friday.

“We are happy our coach [Eymael] has finally linked up with the team, and can now take charge from Boniface Mkwasa, who was assisting while he was still in Belgium owing to the Covid-19.”

Yanga are currently third on the 20-team league table with 51 points, 20 points fewer than table-toppers Simba SC while Azam FC are placed in second position with 54 points.

Sat Jun 13 , 2020
The state rolled out the programme to help footballers who have been hard-hit by the Covid-19 pandemic Chemelil Sugar head coach Charles Odera has appreciated the government KSh10,000 package for Kenyan Premier League (KPL) players. Chemelil Sugar were among the beneficiaries of an initiative by the Ministry of Sports and […] 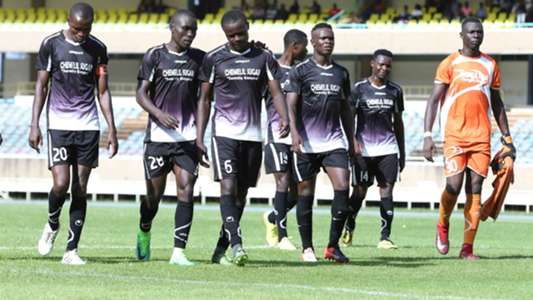