Vipers SC moved to the second position in the Ugandan Premier League table after a 1-1 draw with Express FC at Muteesa II Stadium, Wankulukuku on Tuesday.

Godfrey Lwesibawa scored for the hosts while Karim Watambala replied for the defending champions.

Despite putting up a strong performance in the 7-0 win in their previous game over Malaba Youth Development Association (Myda) FC, coach Fred Kajoba opted to tinker the squad.

Fabien Mutombora was preferred in goal while Watambala made a return in the midfield. Another player who came in was Paula Willa who came in, in place of Joseph Dhata as Ibrahim Orit also took Allan Kayiwa’s position.

The Red Eagles also introduced Mahad Yaya in place of Abel Etrude while Sadiq Ssekyembe came in for the injured Arthur Boca.

The two sides approached the game cautiously and did not make clear scoring opportunities. The visitors needed a win to go top. In the first 20 minutes, only Orit had a good chance but failed to capitalise on it.

In the 25th minute, Eric Kambale managed to get a good ball in the danger zone but Mutombora made an excellent save to deny him.

10 minutes later, the reigning champions had a chance to get the ball in the back of the net. They won a free-kick which was brought in by Disan Galiwango but goalkeeper Mathias Muwanga collected it before it reached Cesar Manzoki who was the target.

A minute to the, break, Orit had a chance to give his team a lead but he headed the ball narrowly with the goal at mercy.

The hosts, finally, broke the deadlock in the 57th minute. The Venoms conceded a free-kick in a good area, it was taken by Lwesibawa and took a slight deflection from Disan Galiwango en-route to the back of the net.

A minute later, the two teams were on level terms as Wetambala managed to beat the custodian from his free-kick outside the 18-yard area.

In the 64th minute, the visitors were let loose in a promising position but he failed to hit the target with the goal at his mercy. As the game progressed, it was Vipers who upped their tempo hoping to get maximum points.

They came closest in the 76th minute when Kayiwa managed to dance his way past his markers. But when he was just about to pull the trigger, Enock Walusimbi did his defensive work.

In the end, both sides ended up sharing the spoils. Vipers are now second on 11 points from five games while are sixth with nine points.

Tue Feb 9 , 2021
The German tactician has revealed the centre-forward will be given an opportunity to come back to the national team if he wishes Nigeria national team coach Gernot Rohr has explained Odion Ighalo will get his chance to return to the Super Eagles. The centre-forward called time on his international career […] 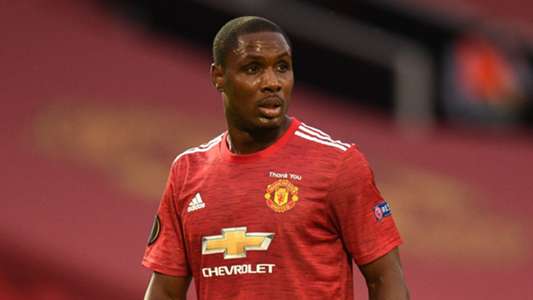