Express FC have promised to reward their season ticket holders ahead of the return of Ugandan Premier League.

The top-flight took a break last December to allow local players to represent Uganda in the African Nations Championship where the Cranes failed to make it past the group stage in Cameroon.

With a week remaining before the league returns, Express through their senior administrator Patricia Ayebare have confirmed they will reward their season ticket holders during an event dubbed ‘the Express season ticket holders Day Out’ at Muteesa II stadium Wankulukuku on Friday, February 5, 2021.

“Appreciating others is the biggest value so they say and Express is doing just that for all season ticket holders,” the club said in a statement on their official website.

Explaining what will happen on the day, Ayebare said: “As a club, we want to give back to our season ticket holders for heeding to our call but also we want to encourage the other fans to purchase more season tickets because we’re not about to have fans back in the stadium soon.

“As a club, we’re looking at only 50 fans due to the current Covid-19 situation and we’re going to follow all the required SOP’s to the dot for whoever will be available.

“All season ticket holders, some of whom include regular faces in the stands like Sarah Nabuuma, Lillian Ntambi, Kizito Arnold and Ahabwe Process will receive their season tickets and also have photo moments with selected players and club officials but strictly following the Covid-19 guidelines.”

According to Ayebare, the event will also be used by the club CEO Isaac Mwesigwa to get ideas from the fans on what they think should be done to make the club better.

The Red Eagles will resume league action with a top clash against champions Vipers SC at home on February 9.

Wed Feb 3 , 2021
The talented playmaker with bags of potential is yet to play his best football at Amakhosi where he has struggled to establish himself thus far Kaizer Chiefs head coach Gavin Hunt says Siphelele Ntshangase should work harder for his place in the team’s starting line-up.  The attacking midfielder has found game time […] 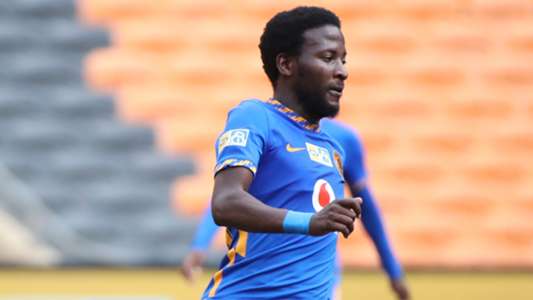