The Kericho-based giants were among the three ‘rebel’ clubs which were yet to endorse the deal and at one point were suspended from the league before they were reinstated by a local court.

Goal can now exclusively reveal Zoo have signed the deal to support the broadcast deal and have already received Ksh2.8million grant from the title sponsors courtesy of the federation.

“We hereby endorse the agreement and we shall endevour to bring the agreement to fruition by cooperating with FKF in performing its obligations under the agreement,” read the agreement letter signed by Zoo chairman Ken Ochieng and obtained by Goal.

“We through this letter of endorsement, pledge to comply with the terms and conditions of the agreement as well as the rules of the game of football and that we shall not enter into any other agreements with third parties in respect of the rights granted to StarTimes [Kenya] Company Limited under the agreement.

“We also undertake to utilse the funds disbursed to us through FKF in respect of the agreement for football activity and for the betterment of the club’s participation in the FKF Premier League.

“In this regard, we authorise FKF to disburse funds in respect of the agreement through our account whose details are outlined in the letter.”

Apart from Zoo, the other two teams yet to sign the deal include Ulinzi Stars and Mathare United, but according to the source, it is not clear when the two clubs will also support the deal.

The three teams had rejected signing the deal arguing they are yet to go through the contract signed between the federation and the Chinese-based pay-TV channel.

The decision forced FKF to suspend the two clubs and it needed the intervention of the Sports Disputes Tribunal to reinstate them back.

Ulinzi Stars were not suspended as they had promised to sign the document of which they are yet to return.

Since being reinstated, Zoo and Mathare United have managed to play five matches each, with the former lying at the bottom of the 18-team table with two points from five matches.

On the other hand, Mathare United are a place above them in position 17 with four points from five matches.

‘Odegaard’s been at Real Madrid, he can handle pressure!’ – Parlour excited by Arsenal's new addition

Fri Jan 29 , 2021
The former Gunners midfielder expects a promising Norwegian to slot seamlessly into a fold that includes a number of other talented youngsters Martin Odegaard should have no problem adjusting to the demands of life in the Premier League at Arsenal, says Ray Parlour, with the Norwegian midfielder having operated under […] 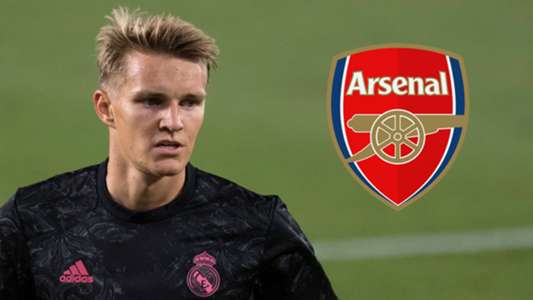