Former Tanga SC (Young Africans) and Black Leopards coach Luc Eymael faces a ban from working in South Africa as the country’s football governing body says it will report him to Fifa.

Safa released a statement on Tuesday supporting a sentiment shared by the South African Football Coaches Association (Safca) that the Belgian coach must be banned from manning the technical area in the country’s divisions.

Eymael allegedly uttered racial remarks in Tanzania where he was in charge of Yanga after media reports emerged that he called Tanzanian fans uneducated whilst comparing them to dogs and monkeys.

“Safa has noted with dismay the despicable conduct of coach Luc Eymael in the Tanzanian Premier League,” said Safa in a statement.

“We want to express our solidarity and support for the Tanzania FA and the Yanga FC. Our own history, principles, and beliefs compel us to reject racism in all its forms.

“This conduct militates against Nelson Mandela’s understanding of the role of sport in our society that it has the power to change the world, power to inspire and unite people in a way that little else does.”

The Nasrec-based FA also outlined steps they intend to take in an aim to curb racism in the game, saying they will bring the matter to the attention of the global governing body.

“To direct a letter to the Minister of Sports to bring this matter to his attention, with Safa stated position that we will raise an objection to any consideration of granting coach Eymael a work permit in South Africa in future,” added Safa.

“Bring this matter to the attention of the world football governing body, Fifa as well as the Confederation of African Football (Caf).

“Write a letter of solidarity and support to the Tanzania FA and to assure them of our full cooperation on any remedial steps they may consider.

“It is further unfortunate that this situation comes in the wake of the global campaign of Black Lives Matter. Africa has the bitter experience of its people being captured and taken as slaves on other continents.

“South African football, too, has moved from the history of a divided past of having various national football bodies formed on racial lines under apartheid to a single non-racial united Association.

“We, therefore, support Safca and thank them that coaches themselves have taken a strong stand against racists and devious behaviour of some fellow coaches on the continent.”

Although Yanga finished the season as runners-up behind Simba SC, the 60-year-old manager has since been reportedly fired from his position but he says he will meet the club’s hierarchy on Tuesday to discuss the way forward.

On the other hand, Safca president Gregory Mashilo said the former Lidoda Duvha boss has a history of disrespecting African and football in general.

“Eymael has a history of disrespecting Africans and our football, yet he continues to get coaching jobs around our continent, more particularly in South Africa where he was recycled within our professional clubs,” Mashilo said in a statement according to the DailySun.

“Safca recommends that strong action should be taken against Eymael to be banned from working not only in African football but globally so as to send a strong message to other racists masquerading as coaches.

“In light of the ‘Black Lives Matter’ global movement and racism in football in Europe, this must become a watershed moment for African football to make a stand against racism.

“The critical need for clubs and football associations to have an anti-racism clause in the contracts and code of conduct is understated.”

Meanwhile, former Timu Ya Wananchi manager Mwinyi Zahera has lambasted Eymael for the demeaning remarks made against Yanga fans, at the same time stating the tactician will struggle to get a decent salary in Europe.

Tue Jul 28 , 2020
The 40-year-old has challenged Ingwe to sit with the youngster and guide him instead of letting him go AFC Leopards legend Charles Okwemba feels youngster Austin Odhiambo was misled by going to the media and publicly expressing his frustrations. The Ingwe youngster has been under pressure from the fans for […] 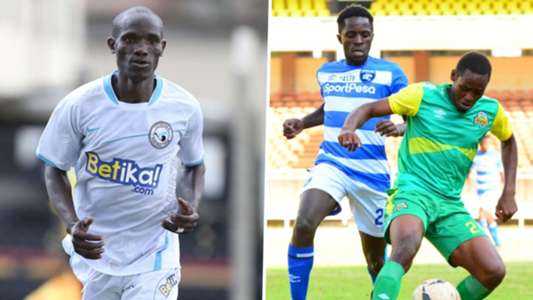