The forward had been out of the game since August, when he parted ways with Sao Paulo

Former Chelsea, AC Milan and Brazil striker Alexandre Pato will line up at Orlando City for the coming season, the MLS side confirmed on Saturday.

Pato, 31, was available as a free agent after cutting ties with Sao Paulo during 2020.

Once tagged as one of the world’s most promising talents, his move to Florida is another chance to kick-start a career which has stalled since he first burst onto the scene in Brazil and Italy

We’re looking forward to seeing this at @ExploriaStadium. 😈

“We are very excited to welcome Pato to Orlando. He’s a veteran player who has featured at some of the top clubs around the world and has a proven track record at the international level. The experience that Pato brings with him will be invaluable to the Club,” Orlando City EVP of Soccer Operations Luiz Muzzi explained in a statement published on the club’s official website.

“Pato is a high-calibre player and we’re excited to add another great target up top.”

Pato made his professional debut in 2006 aged just 16 for Brazilian giants Internacional, and by the end of his first season had helped his side to victory in the Club World Cup.

That prodigious talent did not go unnoticed, and the following year Milan swooped to bring him to San Siro for a whopping fee worth around  €24 million, although he could not play official matches for the Serie A team until turning 18 the following January.

The striker showed plenty of promise to start with, but saw his form and fitness collapse from 2011 onwards due to a run of injuries that kept him out of the Milan first team.

By 2013 he was on his way back to Brazil with Corinthians, while he also spent time on loan at rivals Sao Paulo and also Chelsea, where he managed just two Premier League appearances, scoring twice.

In recent seasons Pato has starred in the Chinese Super League but fared rather less successfully back at Sao Paulo, with whom he parted company by mutual consent in August after scoring just nine times in 35 games.

Sat Feb 13 , 2021
The full-back has been guilty of giving the ball away far too often this season, with no player having lost possession more in England’s top flight Liverpool’s alarming dip in form has been summed up by a stat that shows no player who has had 100 touches or more in […] 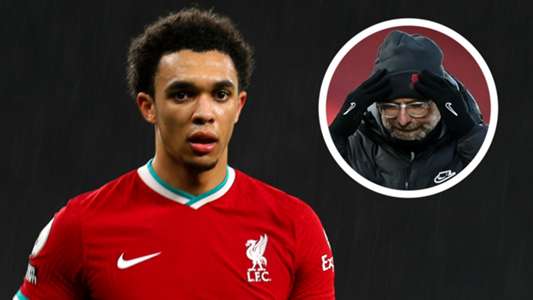