Kelechi Nwakali has the quality to be a success in the Premier League according to his Huesca teammate and former top flight champion Shinji Okazaki.

The 22-year-old midfielder is currently on loan at Segunda side AD Alcorcon after failing to establish himself in Huesca’s first team in La Liga during the first half of the 2020-21 season.

However, despite stepping away from the Spanish top flight, his Japanese teammate – a Prem winner with Leicester City in 2016 – has explained why he’s confident that the one-time wonderkid can still thrive in La Liga or the Premier League…and has explained how he can get there.

“He has the potential to play in La Liga and in the Premier League as well,” Okazaki told Goal. “It’s clear from the training sessions.

“It’s important that can get more experience, and that he can reflect on what he can contribute in the strategy and show that as a result in the matches.

“The young player has high capabilities,” Okazaki continued. “In training, you could see the difference in ability, that was clear.”

The Japan international has also shed some light on why Nwakali, who signed for Arsenal in 2016 but failed to make the breakthrough in North London, struggled to date to make his mark at Huesca.

“Of course there’s also trust with the managers, and you can gain trust from your teammates,” Okazaki added.

“I think the impressions between teammates and in a match are different,” he noted. “[Nwakali] needed to be in a match to show what he can do and that can be a part in [him getting] recognition.

“I’m hoping he can apply that at Alcorcon to be a better and more confident player.”

To date, Nwakali, who featured just five times in La Liga during the first part of the season, has made two appearances for Alcorcon, who are currently second from bottom in the Spanish second tier.

Nwakali broke onto the scene at the U-17 World Cup in 2015, when he captained Nigeria to the title and clinched the Golden Ball award as the best player of the tournament.

While he didn’t taste first team football at Arsenal, he was loaned to several clubs during his three-year stint in North London, seeing action at MVV Maastricht, VVV-Venlo and FC Porto’s B team.

He signed for Huesca in 2019, having made his full Nigeria debut the year before, featuring in a 2-1 friendly victory over Liberia.

Mon Feb 22 , 2021
The winger has finally started to rediscover his best form after a drawn-out transfer saga last summer which saw him linked with Manchester United Jadon Sancho is impressing without the pressure of transfer talk weighing him down, according to Borussia Dortmund CEO Hans-Joachim Watzke. Sancho endured a slow start to […] 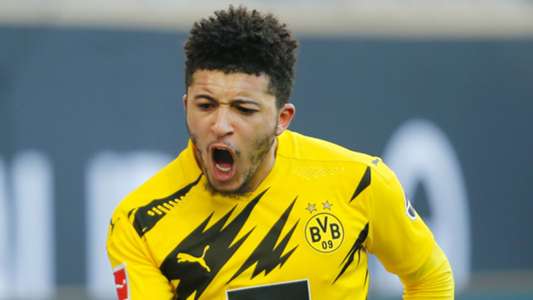