Ronald Koeman has taken to resting a six-time Ballon d’Or at times this season, with alternative options stepping up in his absence

Argentine icon Hugo Gatti has pointed out that “every time Lionel Messi doesn’t play, Barcelona win”, with the Blaugrana considered to be using “other strengths” when their talismanic captain is absent.

A six-time Ballon d’Or winner has taken in a few breaks this season, with Ronald Koeman prepared to offer the 33-year-old rest time when others are expected to carry the load.

Messi has still seen 22 appearances in the current campaign, with 14 goals recorded in those outings, but he is not required to figure in every fixture for Barca across multiple competitions.

Koeman has enough talent at his disposal to shuffle a star-studded pack when required, with experienced performers and home-grown academy graduates looking to provide cover for an all-time great.

Big things are expected from the likes of Ansu Fati and Pedri, with the latter catching the eye at present while the former recovers from an untimely injury.

Copa del Rey progress has been secured with Messi on the sidelines, with the South American having to serve a two-match ban after collecting the first red card of his Barca career to date.

Koeman’s side emerged victorious in each of the outings that their skipper was forced to sit out, with Gatti suggesting that the Liga giants are not as reliant on a mercurial talent as they once were.

He has told El Chiringuito: “Every time Messi doesn’t play, Barcelona win because they can draw on other strengths.

“Football is about winning and if you play well, even better.

Former Boca Juniors goalkeeper Gatti has been keeping a close eye on Spanish football and believes that the standards Messi has set can be emulated by Eden Hazard, despite the Belgian’s struggles for form and fitness at Real Madrid.

The 76-year-old added: “I still think that Hazard can be at the level of Messi. That he can be better than Messi, but he has not played.

“If you remove that mental injury problem, he can star. And even more so because this Messi today is not the Messi of a year or two ago.

“He could be Madrid’s trump card. But we have to see what happens.”

Tue Jan 26 , 2021
Western Stima chairman Laban Jobita has conceded he will be in the market for new players since the ones he has “cannot get the team out of their current position”. The Kisumu-based charges lost several key players at the beginning of the season after main sponsors Kenya Power and Lighting […] 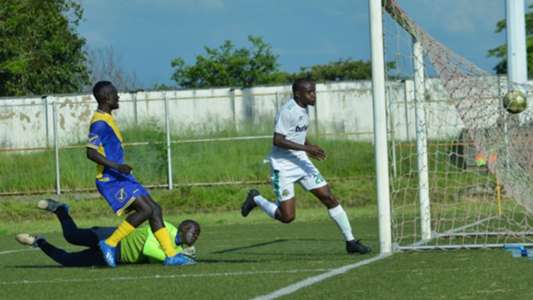