Spurs, who haven’t lost consecutive meetings against the Toffees in all competitions since December 2012, will be in Merseyside for a cup tie

Everton welcome Tottenham Hotspur at Goodison Park on Wednesday night targeting a win to make it to the last eight of the FA Cup.

For Jose Mourinho, the domestic cup gives him a realistic chance of winning silverware in the 2020/21 season and a win will be vital for him to keep the dream alive.

The Toffees have won two of their last three home FA Cup matches in regulation time, winning the other in extra time. They are backed to defeat Spurs at (2.65) with ZEbet.

The Londoners have won their last two away games in the competition, scoring nine goals in the process and conceding one. Their chances of making it three wins in a row are tipped at (2.80).

Chances of getting a draw in regular time are backed at (3.30).

James Rodriguez will face a late fitness test after coming off injured in the 3-3 draw against Manchester United, the same as Allan and Jordan Pickford. However, Jean-Philippe Gbamin remains sidelined.

For the visitors, Dele Alli is doubtful but Giovani Lo Celso, Serge Aurier and Sergio Reguilon are both ruled out. Harry Kane is in contention after making a return from injury in the 2-0 win over West Brom.

This is going to be the first FA Cup meeting between the two sides since the 1994/95 semi-final, with the Toffees winning 4-1 en route to winning the annual competition.

Spurs haven’t lost consecutive meetings against the Toffees in all competitions since December 2012, while they haven’t lost twice to the Merseysiders in the same season since 1985-86.

Rodríguez has provided the assist for three of Everton’s five FA Cup goals this season, while all five goals have been scored by a different player.

Son Heung-min has been involved in 20 goals in 22 appearances in the FA Cup (12 goals, 8 assists), including an assist from the bench in Spurs’ 4-1 win at Wycombe in the last round.

Wed Feb 10 , 2021
The 24-year-old winger explains how he is planning to improve on taking free-kicks after notching two goals from the position Express FC winger Godfrey Lwesibawa has stressed he will train harder to perfect the act of scoring from free-kicks after his latest goal earned the team a 1-1 draw against […] 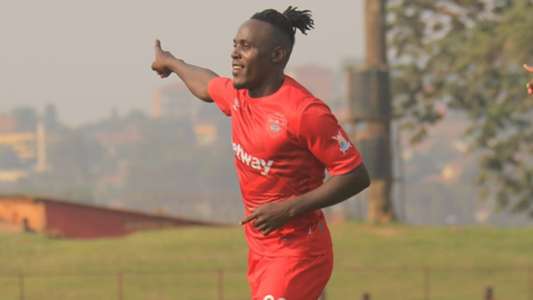