67′ Second change for Newcastle now and it’s Saint-Maximin that’s coming on for Fraser.

65′ Calvert-Lewin chests the ball down to Doucoure, who touches it into Rodriguez. It’s another great cross into the area from him as he looks for Richarlison at the far post, but Clark is there to clear his lines.

63′ First change for Everton now and it’s Iwobi that being taken off, with Gomes replacing him.

61′ Keane caught Shelvey with a late challenge and the referee played the advantage, but he’s just pulled it back to show the defender a yellow card.

59′ Wilson is caught but the referee plays the advantage as Shelvey comes away with it. He makes a driving run through the middle, but the final pass out to Lewis is poor and Iwobi breaks on the counter.

57′ Newcastle win a free-kick on the right and it’s Fraser standing over it. He swings the ball into the box and he’s looking for Shelvey at the far post, but Mina reads it well and clears the danger for Everton.

55′ GOOD SAVE! Calvert-Lewin finds himself in a pocket of space just inside the box and he curls a shot around the defenders towards the far bottom corner. Darlow does well to get a hand to it though and tips it wide.

54′ Lascelles has been struggling with a thigh injury for a while in the game and after receiving treatment, he’s gone straight off and Clark is on in his place.

53′ CLOSE! It’s a quick counter-attack from Newcastle and Fraser curls a low ball into Wilson in the middle of the box. Pickford misses it and the forward tries to guide it into the far bottom corner, but he sends it just wide of the post.

52′ Nine of Newcastle’s 21 Premier League games this season have been goalless at half time – more than any other side in the division.

50′ Digne plays another brilliant cross into the box from the left and Rodriguez chests it down for Calvert-Lewin, but he’s nudged off the ball after his first touch. The flag has gone up anyway though as Rodriguez was offside.

48′ Everton have made a bright start to the second half and are putting Newcastle under some early pressure. Richarlison sends a cross into the box, but it’s cut out by Schar ahead of Calvert-Lewin.

46′ Everton get us back underway for the second half!

Bruce will be pleased with how his side have played so far after recent performances and they have caused Everton problems when they’ve gone forward, but they need to test Pickford more. As for Everton, Ancelotti will expect much better in the second half, especially in front of goal.

It’s goalless at the break between Everton and Newcastle. Both sides created some good chances in the first half, with Mina coming close with a header early on and Rodriguez seeing a shot blocked by Darlow for Everton. At the other end, Pickford has only been forced into one save when he tipped Wilson’s header over the bar with his fingertips.

45′ + 2′ Newcastle are keeping Everton penned back in their own half as they patiently push forward and try to open up some space. Fraser switches it out to Hendrick on the right, but Digne steps across to intercept it.

45′ Doucoure accidentally caught Hayden as he set himself for a shot on the edge of the box and he’s stayed down. The medical team are on to give him some treatment and he gingerly makes his way off the field.

43′ Almiron is picked out on the edge of the box, but the Everton players swarm to him to try and block his run to goal. He plays it back to Lascelles, but his pass into Hendrick is overhit and goes out for a goal-kick.

41′ It’s a brilliant throughball to pick out Rodriguez’s run through the middle and he knocks it down to Calvert-Lewin. He doesn’t have the chance to break though as the offside flag went up against the Colombian.

39′ Everton aren’t happy with the referee as they think they should’ve had a free-kick after Rodriguez was caught by Hayden. The advantage was played, and the hosts ended up losing out when Sigurdsson caught Almiron.

37′ Almiron does really well to hold off Digne on the right and turns to whip a cross into the box towards Fraser at the far post. He’s up against Keane though and it’s the defender that heads the ball away.

35′ GOOD SAVE! Calvert-Lewin just flicked the ball into Rodriguez’s path on the right of the box and he takes a touch before firing his shot across goal. Darlow is quickly off his line and he makes a good block to deny him.

34′ It’s Shelvey that’s standing over the free-kick and he sends his shot around the outside the wall. He’s looking for the top-right corner, but it’s too high and sails over the bar.

33′ Sigurdsson is booked after he clips the back of Wilson’s heels late from behind and he’s given away a free-kick just outside the penalty area.

32′ Digne is still being given a lot of space to run into down the left and he floats another good cross into the box towards Calvert-Lewin. It’s Lascelles that reaches it first though and he heads it clear.

30′ GOOD SAVE! Fraser swings a corner into the box and Wilson has a free header in the middle. He keeps it low and it’s heading under the bar, but Pickford gets his fingertips to it to tip it over.

28′ Newcastle are closing Everton high upfield and making it difficult for the hosts to get out of their own half. Rodriguez tries to pick out Iwobi down the right with a throughball, but it’s cut out by Lewis.

26′ Mina has stayed down holding his face after a collision with Wilson and he’s receiving treatment for it now. He’s quickly back to his feet though and he’ll be able to carry on.

24′ CHANCE! Shelvey finds himself in a pocket of space on the edge of the box and he drills a low shot towards the far bottom corner. It takes a deflection off Mina which takes it away from Pickford and just wide of the target.

22′ SAVE! Hayden slips which opens up some space for Richarlison just outside the box and he hits a low shot towards the bottom left corner. Darlow gets down to it and pushes the effort away.

21′ It’s a late challenge by Shelvey as he steps on Rodriguez’s foot trying to win the ball back and he’s shown a yellow card.

19′ Lewis is forced wide by Almiron’s pass, but he still manages to curl the ball into the box first time. He’s looking to pick out Wilson’s run through the middle, but Mina gets back quickly to clear his lines.

17′ Everton are keeping the pressure on Newcastle as Iwobi makes a driving run down the left and swings a dangerous cross into the six-yard box. It’s over Richarlison, but the flag goes up anyway for an offside in the build-up.

15′ Everton have a free-kick and Rodriguez swings another good cross into the box which Lascelles misses and it’s through to Mina in the middle. He tries to glance it on, but gets caught under it and his header loops high over the bar.

13′ Manquillo knocks the ball past Digne on the right and is brought down by the left-back to win a free-kick. Shelvey steps up to take it for Newcastle, but it’s dealt with well by Everton.

11′ Lewis swings a good cross into the box and Wilson plays a one-two with Almiron to open up some space on the edge of the box. He hits the shot when he gets the return ball and a deflection off Keane takes it over the bar.

9′ Darlow plays a long ball over the top and Wilson nods it down with his first touch. He’s under pressure from Digne as he takes it into the box and he ends up being nudged off it by the left-back.

7′ Everton are finding a lot of space down the left here and Digne holds off Almiron to swing a good cross into the six-yard box. Darlow steps off his line to get to it ahead of Rodriguez and he punches it away.

5′ CLOSE! It’s a great cross into the box from the left from Rodriguez and Darlow gets a slight touch on it which takes it onto Mina’s head. It comes to him quickly though and he sends his header just wide of the far post.

4′ Lascelles is shown an early yellow card after he steps across Richarlison, completely missing the ball, and takes out the player.

2′ Fraser swings a corner into the box for Newcastle and Schar sees his shot blocked. Everton look to break on the counter, but Iwobi doesn’t have any support up with him and he has to hold it up which gives the visitors time to get back.

1′ Shelvey gets the game underway for Newcastle!

Newcastle have lost their last five Premier League away games, failing to score in any of the last four. They last lost six in a row in April 2016 (a run of nine), while they lost five in a row without scoring in May 2015 – both runs included a 0-3 defeat at Everton.

Steve Bruce makes just one change to the team that lost to Leeds United last time out. Manquillo starts in place of Jacob Murphy, who isn’t named in the squad.

Carlo Ancelotti makes four changes to his side after their draw with Leicester City on Wednesday as he brings in Coleman, Sigurdsson, Doucoure and Iwobi. Holgate, Godfrey, Davies and Gomes drop to the bench.

Newcastle are on an 11-match winless run in all competitions (D2 L9) and have fallen down the Premier League table after losing their last five matches in the competition. They face an Everton side are looking to close the gap to the top four and have lost just one of their last eight league games (W5 D2), with that loss coming against West Ham on New Year’s Day.

Hello and welcome to live coverage of the Premier League meeting between Everton and Newcastle United at Goodison Park!

Sat Jan 30 , 2021
The Gunners forward has missed FA Cup and Premier League meetings with Southampton due to a personal issue Pierre-Emerick Aubameyang will not figure in Arsenal’s Premier League clash with Manchester United, but Emile Smith Rowe and Thomas Partey are available. The Gunners host the Red Devils at Emirates Stadium on […] 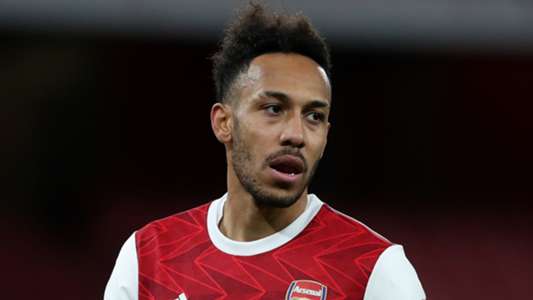