The treble winner fears that Ole Gunnar Solskjaer’s side are on track for a “what if?” season after another disappointing result

Drawing with Everton was a “big blow” for Manchester United, according to Paul Scholes, who says it will be “difficult” for the Red Devils to win the title now.

United missed the chance to draw level with arch-rivals Manchester City at the top of the table again on Saturday night.

Ole Gunnar Solskjaer’s side were held to a 3-3 draw by Everton at Old Trafford, despite having gone in at half-time with a healthy two-goal advantage thanks to efforts from Edinson Cavani and Bruno Fernandes.

Unfortunately, a David de Gea mistake gifted Abdoulaye Doucoure a goal in the 49th minute and James Rodriguez fired in an equaliser three minutes later, forcing the hosts to raise their game by a couple of extra notches.

The Red Devils pushed forward at will and were eventually rewarded when Scott McTominay headed in a perfectly flighted Luke Shaw free kick on the 70-minute mark.

United held on to their lead until deep into stoppage time, but Dominic Calvert-Lewin had the final say as he produced a cool finish past the hesitant De Gea after racing onto a flick-on from a Lucas Digne pass to leave Solskjaer and his staff stunned on the touchline.

The Manchester outfit are now two points behind City in the standings having played two games more, and although Scholes has urged his old club to “keep fighting”, he is not confident that the trophy will be returning to Old Trafford come May.

“That’s a big blow. If you’re talking about title hopes, it’s a big blow for them. Of course it is,” The United legend told Premier League Productions post-match.

“I just feel Paul Pogba going off was a big moment in the game. I thought they had complete control up to that point. Fred coming on, they lost control in the middle of the pitch.

“[Andre] Gomes, Doucoure and [Tom] Davies really started to take control of the game and that was a big blow for United. Conceding a goal that late, it’s not a good look. Are they totally out of it?

Scholes added: “There was a lot of [positive] stuff in the game, of course there was, to get in the position they were in but they’ll be very disappointed.

“And again it’s at home, dropping big games at home. I think they’ll get to the end of the season and think ‘what if?’ because it’s so many stupid points they’ve dropped at home.

“They’ve lost four games at home, now these stupid points they’ve dropped, Sheffield United last week, Tottenham, Crystal Palace, losing to an Arsenal team who are nowhere near the team they were.

United will now look ahead to an FA Cup fifth-round tie against West Ham on Tuesday, which comes five days before their next Premier League fixture away at West Brom.

Sun Feb 7 , 2021
The arrivals of two former Nigeria youth internationals have added intrigue and interest to the relegation fight in Spain’s second tier For all that the January transfer window has its foibles, it does serve an important purpose for footballers: it can serve as an emergency exit, even if only temporarily, […] 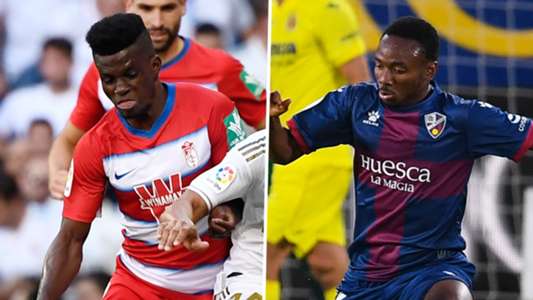