Everton manager Carlo Ancelotti has confirmed Alex Iwobi is fit for their Premier League game against Leicester City on Wednesday.

The forward was not involved when the Toffees defeated Sheffield Wednesday in the fourth round of the FA Cup on Sunday.

The Nigeria international has been delivering eye-catching performances for the Goodison Park outfit this season, scoring two goals and providing three assists in 19 appearances across all competitions.

Ancelotti revealed the 24-year-old will return against the Foxes while Ivory Coast international Jean-Philippe Gbamin will not be available for the clash as he continues with his recovery.

“We have Digne and Iwobi back, and we have out Delph, Allan, Gbamin and Nkounkou. The others are all good,” Ancelotti said in a press conference.

“We don’t have a lot of injuries at this moment because Delph has started to train with us, so practically he is back. We have only Allan, Gbamin and Nkounkou that can recover soon. The squad are all in good condition.”

Iwobi’s performances this season has helped Everton to their current sixth spot on the Premier League table after gathering 32 points from 17 games.

The Nigeria international has featured in a number of roles for the Toffees this season, including playing as a wing-back when some of his teammates were not available for selection due to injuries and suspension.

Iwobi teamed up with the Goodison Park outfit in the summer of 2019 from Arsenal, where he spent more than a decade.

The forward will hope to shine against Leicester that will be expected to parade his compatriot Kelechi Iheanacho and Wilfred Ndidi.

Iwobi is a key member of the Nigeria national team and has made 44 appearances for the three-time African champions.

The winger will be expected to replicate his fine club performances when the Super Eagles play the Republic of Benin and Lesotho in the 2022 Africa Cup of Nations qualifiers in March.

Tue Jan 26 , 2021
The Burundian tactician explains the state of his striker who suffered an injury during the Mapinduzi Cup held in Zanzibar Yanga SC coach Cedric Kaze has confirmed striker Yacouba Songe has recovered fully and will return to training soon. The striker from Burkina Faso injured his leg during the semi-finals […] 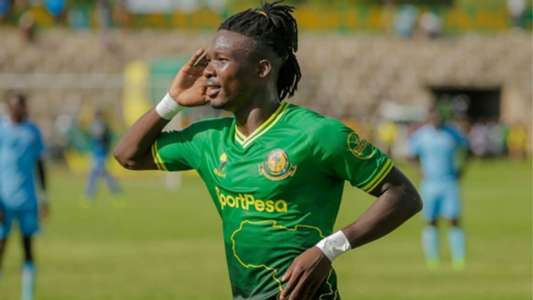