The former Blues defender believes a club legend should have seen out the season at Stamford Bridge, but can appreciate why change has been made

Frank Lampard’s sacking proves that modern football has become a “results industry”, says Glen Johnson, with even “Mr Chelsea” unable to keep his neck off the chopping block for long.

A Blues legend lasted just 18 months at Stamford Bridge before being ushered through the exits.

He did deliver a top-four finish and FA Cup final appearance in that time, while also overseeing an elaborate spending spree in the summer of 2020.

Expectations are, however, high in west London and Roman Abramovich is renowned for being the most demanding of owners.

He has decided that further change is required, with former Borussia Dortmund and Paris Saint-Germain boss Thomas Tuchel to be handed the reins in the wake of Lampard’s departure.

Johnson would have liked to see more patience shown by Chelsea, with there few quick fixes to be found, but can appreciate why an ambitious outfit have decided to act during an inconsistent run.

Lampard has been around long enough to know that any dip in form will lead to doubts and dismissals, but the 42-year-old – who is already being billed as a future Celtic manager – is expected to make a speedy return to the dugout.

Former Blues defender Johnson has told Sky Sports of some big decisions at the Bridge: “It is a results industry and it doesn’t matter who it is, whether it is Mr Chelsea or not, if you don’t get results then you won’t be there for long.

“I thought that he would get time for those reasons. You would like to see things out to the end of the season and then re-evaluate things, but he has not been fortunate enough to get to that point.

“You can take the good, the bad and indifferent about this experience and of course he will want to be a better manager going forward.

“You don’t know what sort of seat, but I’m sure he will want to take another role fairly soon.”

Chelsea booked a place in the fifth round of the FA Cup during Lampard’s final game at the helm, and are also through to the last 16 of the Champions League, but they have slipped to ninth in the Premier League table ahead of a home date with Wolves on Wednesday.

Tue Jan 26 , 2021
The teenager signed for the Red Devils in the summer but has yet to make his first-team debut and is set for a loan move to gain more experience Facundo Pellistri is set to leave Manchester United on loan this week, Goal has learned, with a number of clubs keen […] 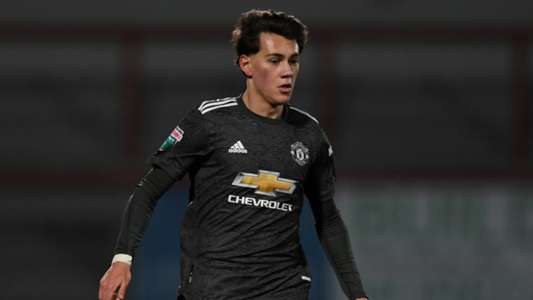