The Spanish top-flight became the second European league to restart after the Bundesliga, having been suspended since mid-March due to the outbreak of coronavirus in Spain and around the world.

Getafe only won one of their previous four games before the pandemic and set out to clinch all three points at Estadio Nuevo Los Carmenes.

Etebo and Nyom were in the starting lineup for the Coliseum Alfonso Perez outfit, partnering Marc Cucurella and David Timor Copovi in the midfield.

The visitors started the game on a brilliant note when Copovi opened the scoring with only 20 minutes into the encounter after he was set up by Cucurella.

Etebo made timely tackles and deliver solid defensive showings in an effort to ensure his side kept their lead and clinch victory in the encounter.

In the 70th minute, Diego Martínez’s men, however, levelled proceedings through an effort from Carlos Fernandez after benefitting from a sumptuous pass from Darwin Machis.

With 11 minutes left to play, Fernandez completed his brace, scoring the match-winning goal to deny Getafe a chance of sharing the spoils.

While Etebo played for the duration for the game, Cameroon international Nyom was replaced by Senegal’s Amath Ndiaye in the 84th minute.

Another Super Eagles player in the encounter Ramon Azeez watched from the bench as his side secured all three points.

Etebo joined the Coliseum Alfonso Perez outfit in January from Championship side Stoke City and has now played eight times since his arrival.

The result propelled Granada to eighth on the league table with 41 points from 28 games, while Getafe dropped to fifth with 46 points from the same number of matches.

While Azeez will hope to taste action in their next outing against Real Betis on Monday, Etebo and Nyom will look to help their side return to winning ways when they face Espanyol on Tuesday.

Fri Jun 12 , 2020
Atletico Madrid He visited training Apo Caballero Atletico Madrid continued their preparations for the return to competitive action on Friday and they had a special guest at the session. Club CEO Miguel Angel Gil Marin paid a visit to training, wishing the players luck and reminding them that the ultimate goal […] 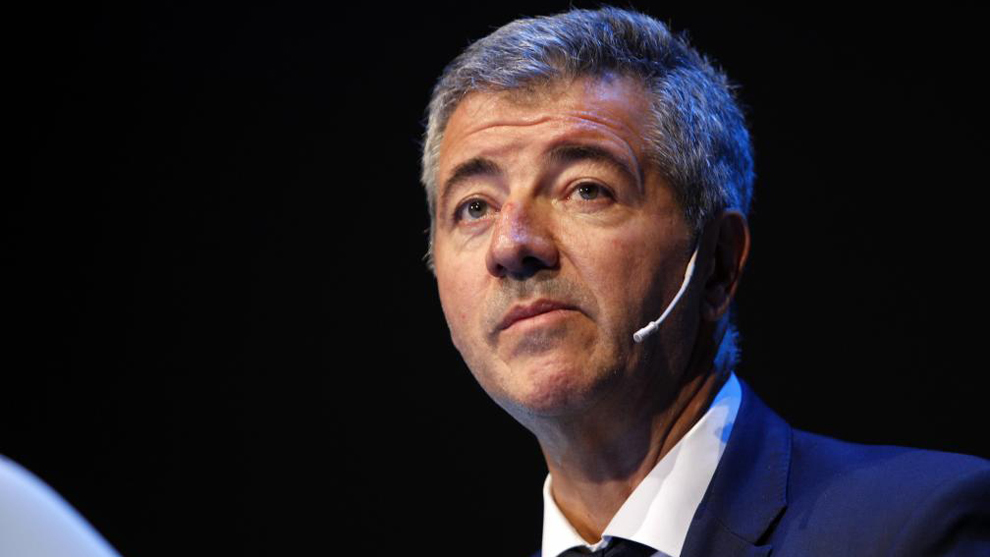