Robbie Fowler’s team selection before the FC Goa match had raised a few eyebrows as he dropped five players from the East Bengal lineup which had registered the club’s first-ever win in the Indian Super League (ISL) just three days back.

Amongst the players who were dropped were big names like Anthony Pilkington and Jacques Maghoma. In the two talisman’s absence, the responsibility fell on the shoulders of new recruit Bright Enobakhare who had played just 20 minutes in the last game but had managed to score a goal. The Nigerian attacker honoured his coach’s trust as he scored a sensational goal.

East Bengal started the match in a 5-2-3 formation but they often changed shape during the course of the game. Enobakhare was given a free role as he was seen at times joining the strikers Harmanpreet Singh and Aaron Amadi-Holloway upfront and sometimes tracking back to support the midfielders.

The five-man defence worked well for Fowler as for the first time this season, the backline did not look shaky and instead confidently dealt with the lethal attack of FC Goa. In fact, Gaurs’ most dangerous player, Igor Angulo, who is currently the top scorer in the league, was kept silent for the majority of the match. Credit must be given to Fowler whose plan of covering the Spaniard through zonal marking worked well.

Also, this was the first time the players in defence were all ‘natural’ defenders. Before this match, Fowler had used Surchandra Singh, Sehnaj Singh, Mohammed Irshad and Bikash Jairu in the backline in different matches but all of the aforementioned players were makeshift defenders and it reflected in their performance.

The Red and Golds would consider them unlucky not to walk away with three points as they clearly had better goal scoring opportunities than the Gaurs. Robbie Fowler too had mentioned after the game that his side deserved to get the three points. “We probably had the best chances. They obviously had some chances themselves, but ours were more clear cut, and their’s were more from set-pieces.”

The Gaurs dominated the game possession-wise as expected. Debjit Majumder had to make three genuine saves but two of them were from set-piece situations. They clearly had more quality upfront than East Bengal but were not able to break the Kolkata side defensively as expected except for once when Devendra Murgaonkar scored the equaliser. They failed to capitalise on the man advantage which they had for more than 30 minutes.

Ferrando’s side of late has grown a habit of keeping the fate of the matches hanging until the dying moments. It worked in their last two matches and somewhat in this game as they scored a late equaliser but this shouldn’t continue. They need to start grabbing their opponent by the scruff of their neck right from the off and try to finish the games early or else they might run the risk of dropping more points in the future.

They can’t have Igor Angulo saving them in every game. 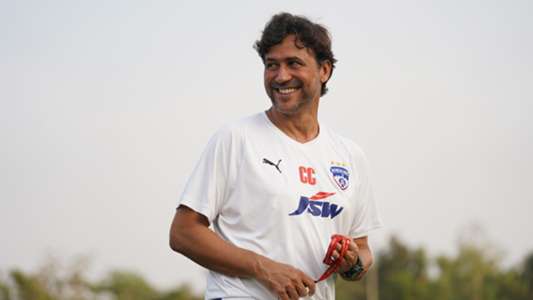