The Lionesses will face the Northern Irish later this month, on Tuesday, February 23 in a 12.30pm kick-off, before taking on the Canadians in April

England have announced warm-up friendlies against Northern Ireland and Canada as they prepare for the Olympic Games later this year and to host the Women’s European Championship next summer.

The Lionesses will face the Northern Irish later this month, on Tuesday, February 23 in a 12.30pm kick-off, before taking on the Canadians in April.

The Northern Ireland game will be England’s first official fixture in nearly a year, following a host of postponements in 2020 because of coronavirus, including the rescheduling of the Olympics in Tokyo from last year to this. They have not played a competitive game since March 2020, when they lost 1-0 to a late Spain goal in the SheBelieves Cup.

It will also be newly-appointed assistant coach Hege Riise’s first game in charge, following the departure of Phil Neville to take over at MLS franchise Inter Miami.

The game against Northern Ireland will take place behind closed doors at St. George’s Park, where the England football teams usually train, with no fans permitted due to coronavirus social distancing rules.

A venue and kick-off time for the game against Canada has yet to be revealed, however it will take place on Tuesday, April 13. The FA say ticketing details – if fans are able to attend at this point – will be revealed in due course.

England last faced Northern Ireland back in 2008 when the two sides met in a Women’s European Championship qualifier, in which the Lionesses won after goals from the nation’s all-time record appearance maker Fara Williams and former captain Faye White

Northern Ireland have hit a good run of form, winning their last four Euro qualifiers, sealing third place in their group and a spot in the play-offs for the rescheduled tournament due to begin in June 2022.

The Canada match meanwhile will mark a return for former England assistant coach Bev Priestman, who left the Lionesses in October to become head coach of the North American nation.

The English players could face Canada again in Tokyo, with Great Britain having qualified for the Olympic football tournament, alongside the Canadians.

Thu Feb 4 , 2021
The head coach at Allianz Arena had been keen for the promising American to remain on his books, but a move to a Bundesliga rival has been made Bayern Munich boss Hansi Flick has admitted that he was looking to keep Chris Richards on his books before a loan switch […] 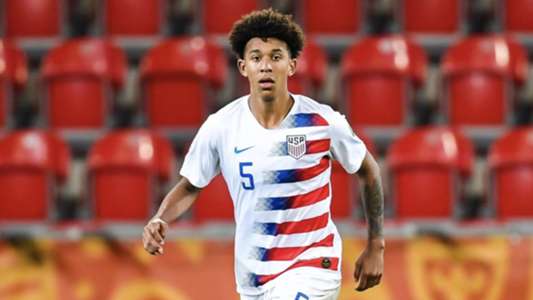