“Newly-signed Maritzburg United goalkeeper Marcel Engelhardt is excited to begin a new chapter in his career after joining South Africa’s Premier Soccer League with the Team of Choice,” a club statement read

“Engelhardt, who has signed a two-and-a-half year deal, arrives from Eintracht Braunschweig, a club based in Braunschweig, Lower Saxony, which competes in Germany’s 2 Bundesliga division.”

So far Marcel has been acclimatizing well to the KwaZulu-Natal Midlands and is looking forward to making a positive impact in Pietermaritzburg.

“I’m happy to be here, my new team-mates seem nice, the weather is quite hot as well – a big difference to Germany, I came here from snow,” he said.

“I hope to bring quality on and off the field, to get to know the guys well so that we can compete together and achieve something.”

The 27-year-old said it was an easy decision to switch continents after chatting with Maritzburg United head coach Ernst Middendorp.

“I had a few calls with coach Ernst and he convinced me to take this trip to South Africa to join the Team of Choice. I didn’t have to think about it a lot, I just packed my stuff and came here.

“It’s very sad there are no fans right now,” he added. “But I hope that soon it will be possible and we can celebrate some wins together.”

Team of Choice Chairman Farook Kadodia is optimistic that Engelhardt will provide a similar presence to that of former Maritzburg keeper Richard Ofori.

“The coach has done his homework on Marcel and we’re expecting a lot from him in stepping into the space that Ofori vacated with his departure,” the Chairman said.

“We believe that Marcel has the right character traits, both in terms of his ability and his personality, to fill the gap left by Richard.”

Thu Jan 28 , 2021
The former Gunners defender has been impressed by a playmaking academy graduate this season, but there is now added competition for places Martin Odegaard is not guaranteed game time at Arsenal and will need to prove to Mikel Arteta that he is better than Emile Smith Rowe in order to […] 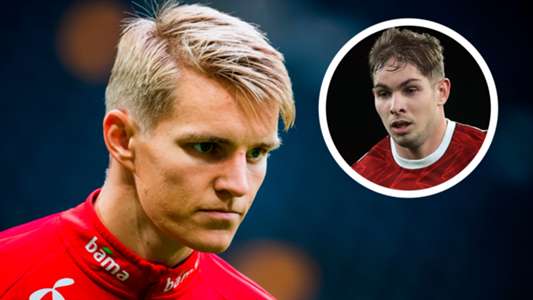