The Bosnian striker reportedly confronted Fonseca over the club’s decision to dismiss team manager Gianluca Gomber, which led to Dzeko being left out of the squad for Roma’s two most recent Serie A matches.

Roma appeared set to move Dzeko on before the January transfer window closed, but a move away did not materialise.

Though Dzeko will remain in the Italian capital, Pinto announced at a press conference on Wednesday that he would be replaced as captain by Lorenzo Pellegrini.

“Edin is a strong footballer, a great professional with great experience and personality and Fonseca is the leader of our project, he’s done a great job and he is the right person to build the future of the club,” Pinto said.

“Over the last few days, we’ve had meetings together in order to strengthen mutual trust. We came out happy and confident, now we must focus on the collective good which is more important than the interest of individuals.

“I am convinced a club must be based on rules, right now Edin is not the captain, but we are working for the club’s good and Dzeko will be the first one to work for this.”

Pinto backed Pellegrini to shine as the club’s new captain, and also revealed that Roma are working on a new deal for the 24-year-old, whose current contract expires at the end of next season.

“We all think he best represents the values ​​of our project: young, talented and with a strong identity,” Pinto said of the Italy international. “Soon we will meet with his agent and we plan on resolving everything for a contract renewal.”

Roma are set to face Juventus on Saturday and Pinto has said it will be up to Fonseca whether Dzeko will return to the squad.

“Dzeko on the pitch against Juve? The captain’s armband involves the coach and the club, that is a shared decision,” Pinto said. “On technical choices, Fonseca has full autonomy, it couldn’t be otherwise.”

Wed Feb 3 , 2021
The Gunners have been shown red in the Premier League nine times since Mikel Arteta took over, six more than any other side Arsenal defender Hector Bellerin has vented his frustration at his side’s continual struggles with red cards after two more cost them against Wolves on Tuesday. The Gunners were […] 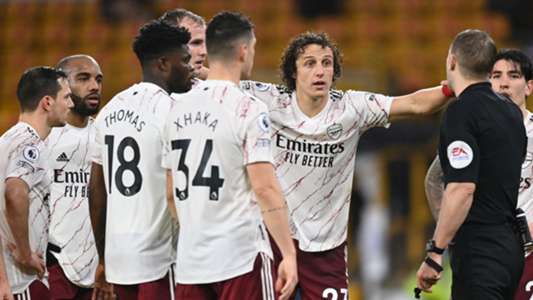