Following his second-half strike against the Yellow and Reds, the Gambia international has now scored his maiden goal in the Italian top flight

Ebrima Colley netted his first Serie A goal with a second-half header as Hellas Verona crumbled 3-1 to AS Roma at Stadio Olimpico, in the process ending his wait to find the back of the net in the Italian elite division.

With the visitors down by three goals, the Gambia international who replaced Mattia Zaccagni in the 57th minute pulled one back for Ivan Juric’s men barely five minutes after his introduction.

The Yellow and Reds who came into the clash having edged Spezia 4-3 their last time out made a strong start as Gianluca Mancini put them ahead just 20 minutes into the encounter. The Italian defender headed past goalkeeper Marco Silvestri a well-taken corner kick from Lorenzo Pellegrini.

Two minutes later, Roma raced to a two-goal lead through Henrikh Mkhitaryan after getting a pass from Borja Mayoral who had rounded the goalkeeper.

In a goal-laden first half, Paulo Fonseca’s men got their third goal of the tie courtesy of Mayoral in the 29th minute – capitalising on a poor defending from the visitors.

The Gambian midfielder reduced the deficit for Verona – heading a well-taken cross from Daniel Bessa past Pau Lopez.

“We started the game very well, not giving Roma opportunities. But then, on the first corner kick against, with a jumper like Dawidowicz who was momentarily off the pitch, we took goals, and in the next 7-8 minutes we didn’t do well,” Juric told club website after the game.

“When you face teams like Roma you have to be at your best, otherwise you struggle. What if we met a great team? Often this year we have put in difficulty very strong opponents such as Rome, today it has not succeeded, and we must accept it. We’re going to lose, but we should have been more focused on the game stage where we conceded the goals.”

20-year-old Colley began his professional career at Atalanta and after two seasons at the Gewiss Stadium, he was loaned to the Mastiffs in September 2020 in a bid to get regular playing time.

Following their defeat, Hellas Verona occupy the ninth position in the log after accruing 30 points from 20 games played so far in the ongoing 2020-21 campaign.

Mon Feb 1 , 2021
The Blaugrana have threatened legal action against El Mundo after the newspaper published details of the Argentine’s massive deal Barcelona head coach Ronald Koeman has been left seething after details of Lionel Messi’s contract were leaked to the media – and has vowed to identify and publish whoever is responsible.  Barca […] 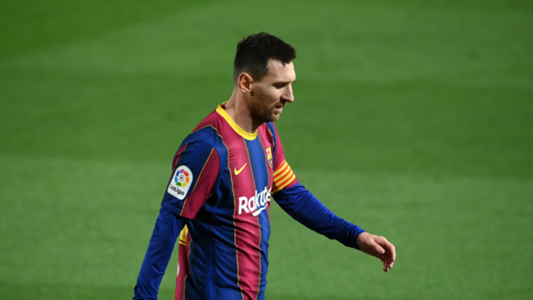