East Bengal succumbed to their sixth defeat of the season as they went down 0-2 against Bengaluru on Tuesday in an Indian Super League (ISL) clash.

The Red and Golds conceded defeat despite having more of the ball throughout the game. Coach Robbie Fowler acknowledged Bengaluru’s superiority as he suggested that his team played their worst game of the season so far.

“It wasn’t very nice. We had a game plan, we knew what we wanted to do. Ultimately you have to give Bengaluru a lot of credit for making things difficult for us. We had a little bit of possession, maybe a little bit of the ball. They just made it extremely difficult. They blocked paths, they cut off little pockets. There are no complaints. Probably this was our worst performance of the year. So disappointed,” opined Fowler.

East Bengal conceded both the goals before half time and were under a lot of pressure in the second half. Fowler hailed the Blues’ fighting spirit and suggested that the Red and Golds did not take their chances despite creating many.

“You are two-nil down so of course there was pressure. We tried a few things but did not really materialise. Lots of players had opportunities and quite frankly they didn’t really take it. It did not go in our favour. They had more fight than us tonight and that is something that has not been labelled to our team this year.”

“I am let down by the result. Certainly, the players don’t go out to have a bad game. Somethings happen. Let’s give Bengaluru a lot of credit. They stopped us from playing, they stopped our strength. We are disappointed, the players are disappointed. It’s a bad day for us. We will pick ourselves up and go again,” the East Bengal coach said.

The English coach is still hopeful of making it to the play-offs but admitted that the job has become very tough after the Bengaluru defeat.

“Its mathematically still on and we can’t give up. The next game is massively important. We said before that we give the players a target. The target is still achievable. But it has become extremely difficult. We will keep fighting. Tonight we competed but we were up against a more competent and a resolute side. We will push ourselves and try and win the next game,” opined Fowler.

Mkude returns to Simba SC training after lifting of suspension

Tue Feb 2 , 2021
The Taifa Stars player has finally resumed training with the Msimbazi giants, days after he was fined and asked to apologise Simba SC have finally allowed midfielder Jonas Mkude to return to training after one month out owing to suspension. The Taifa Stars defender was suspended by the club on […] 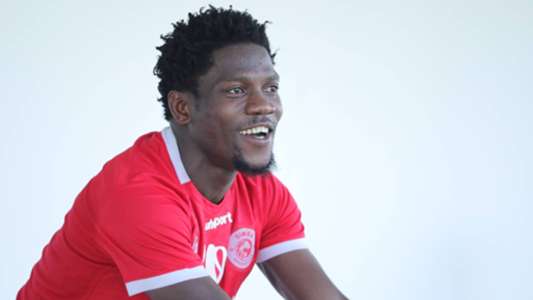