Sarthak Golui and Sourav Das, who joined the team from Mumbai City in the January transfer window, made their debuts against the Men of Steel. Robbie Fowler’s assistant coach Tony Grant suggested that the arrival of Sarthak Golui in defence helped the team as the coaching staff could deploy an extra foreigner upfront and drop Scott Neville from the lineup.

“I will reiterate that we had a two-week pre-season. We were trying players and giving them opportunities week-by-week. We couldn’t get results. Most of the players have been tried in the ISL and as a manager, you always try to improve across the world. So when we had the chance again with the two boys (Sarthak Golui and Sourav Das) from Mumbai City we wanted to get them.

“They came in tonight and did so well on their debut. We missed Raju (Gaikwad), he is a good footballer. By bringing in Golui we could use an extra foreign player up the pitch. What we tried is to give an opportunity to all the players to succeed and fail. It is as simple in football. We got a few more boys and we gave them the opportunity and tonight they took their chance. That’s football,” said Grant.

The former Blackpool assistant coach heaped praise on Golui and Das and suggested that the former Mumbai City players need to keep improving their game.

“They (Sarthak and Sourav) were very good. We asked them to play with a professional attitude and out of all the players we have seen, these two had a professional attitude. Now their job is to play even better next week. They have got a shirt and they deserve the shirt and after this performance, their job is to improve. We will try to improve and it was a great start.”

Another new entrant Subrata Paul, who joined the team on loan from Hyderabad, started under the sticks replacing regular goalkeeper Debjit Majumder. Grant explained that Majumder was not dropped from the team and the coaching staff just wanted to have a look at Paul.

“Debjit (Majumder) is great. When took the club over we were given four goalkeepers and Debjit got in on merit and he has not let anybody down. But the club has to be built for the future and that is part of the reason why you have seen so many players this year. We have to analyse whom we want next season as well. To build a club you need to have strong foundations. If the foundation is not good then soon it will catch up with you.

“So it was about giving everyone an opportunity. It was harsh for Debjit not to play, but we brought Subrata (Paul) in and we got four games left now, so it was not that Debjit got dropped. It is just that we were looking at somebody else,” the East Bengal assistant coach said.

The British coach mentioned that East Bengal will give their all to get full points from the remaining fixtures this season.

“It is tough (win next four games). We played Bengaluru last week. We had beaten them in the first match and in the replay, they played a very simple game. They hit the ball long forward, they won the seconds and scored a great goal. We had many balls in that game but just couldn’t break them down and that happens.

Sun Feb 7 , 2021
The Portuguese boss saw his side pick up a 2-0 home win over the 19th placed Baggies in their Premier League clash at the weekend Jose Mourinho has improved his dominant record against Sam Allardyce’s teams after Tottenham made light work of West Brom on Sunday afternoon. Mourinho’s side were […] 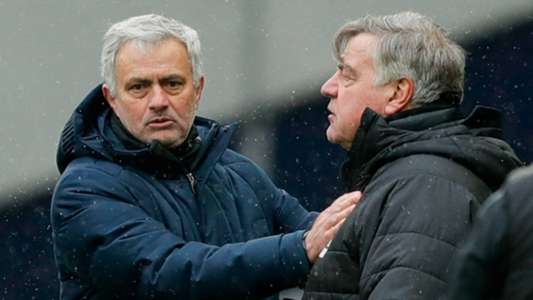