East Bengal will hope to end their five-match winless run when they take on Jamshedpur FC in their 16th match of the ongoing Indian Super League (ISL) season on Sunday.

It isn’t just the results which haven’t gone in their favour but also the situation has been compounded with coach Robbie Fowler being suspended for four matches. However, assistant coach Tony Grant feels that their performance hasn’t been poor given the start they had this season. It must be noted that East Bengal made it into the ISL only in the last minute and underwent a very short pre-season which certainly hampered their preparations. He also touched upon the fact that living in a bio-secure bubble hasn’t been easy and it does affect people in the way they react to certain situations, which normally they wouldn’t have done.

“I don’t think it has been tough on the pitch,” opined Grant. “When you analyse everything, when you analyse the team has been put in ISL in the last minute and a two-week pre-season, then I think the team has done tremendously. We have had an eight-game unbeaten run, we have played some teams twice and there has only been one team who have got the honours over us twice. So we have matched a lot of teams in a short space of time. So, on the pitch obviously purely when you look at the games won, from outside you may think the team is struggling.

“We are one point behind Kerala Blasters, who had many years to prepare for this year and as I said we had two weeks. All the staff and all the players deserve credit for the fight they have shown and we will carry on showing the fight till the end of the season.

“Obviously, off the pitch, there has been a lot of issues and it is not just our club, lots of clubs, lots of managers and lots of coaches have seen misfortune this year. But I think people need to take things into context the problem of living in a bubble. It is a confined space. We can’t go out and mentally that affects everyone. It is not easy and people need to step back and understand this before they start throwing stones.”

Grant admitted that Fowler’s absence in East Bengal technical area on match days will be a big blow to the team but he also claimed that the rest of the coaching staff are experienced enough to take up the mantle in the Liverpool legend’s absence.

“It will make a huge impact, all the players love him. He (Robbie Fowler) will be with us every day up until the game but he is the manager and he makes quick decisions. So, obviously we are not going to have that armoury for the next four games but the rest of the staff are experienced enough and hopefully we can do him proud.”

The English coach also gave an update on new recruit Sarthak Golui, who joined the Red and Golds in the January transfer window from Mumbai City. Grant suggested that Golui has been training with the team for the past few days and hinted that he might start against Jamshedpur in place of the suspended Danny Fox.

“He (Sarthak) is training for the last two days, and he has looked really well, he’s fit and athletic, he has got a big smile and it looks like he wants to play football. So let’s hope he gets into the starting lineup after three days of training,” said Grant

The Red and Golds’ hopes of making it to the play-offstook a beating after their 0-2 defeat against Bengaluru FC in the last match. But Grant suggested that the team won’t give up until it becomes mathematically impossible for them to book a berth in the top four.

“I think when it is mathematically possible, you have to keep fighting. We will keep fighting and improving. Each player is improving, some slower than the others but they are improving. Can we be in the top-four? I think if we had beaten Bengaluru which is a smash and grab by Bengaluru. They got a goal and we just couldn’t break them down but that happens in football.

“If we had won last week we would have had a real good chance. We have made it much tougher, we have five games left and we probably have to win all five games. It is not mathematically impossible and we will keep fighting to see where we end up,” opined Grant.

Sat Feb 6 , 2021
Coyle hailed the potential Boris Singh has and wants him to deliver on the big stage when the opportunity arrives… Jamshedpur coach Owen Coyle believes East Bengal are a ‘dangerous team’ ahead of his team’s showdown with the Red and Golds in the ongoing Indian Super League (ISL) on Sunday. The Men […] 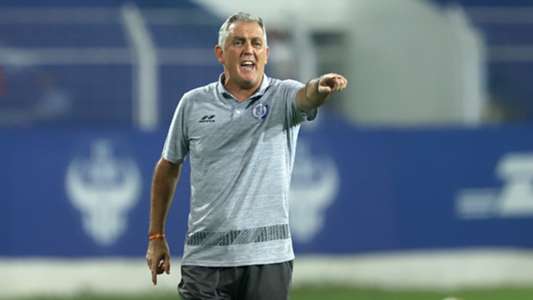