East Bengal face Hyderabad in the 2020-21 Indian Super League (ISL) on Friday and will be hoping to register their first win against the Nizams.

The Red and Golds had faced a 3-2 defeat against Hyderabad in earlier this season but recent performances have kept the team in the hunt for the playoffs.

Ahead of the must-win fixture, assistant coach Tony Grant was asked if the club has found their best XI with the inclusion of Sarthak Golui and Saurav Das on-loan from Mumbai City. and his response was positive.

“It’s not that we found our best XI. We are given a certain set of players and we have to play them. We had no games to see what they are capable of and these are the players we have. We tried and we tried. Two new players came in (Golui and Das) and went straight into the team and we looked more cohesive purely because the new players who came in have much better performances in them to help the team,” the Englishman admitted.

With the duo in the XI, East Bengal could use four foreigners in attack as Golui can Scott Neville in the backline and Das offers the stability in defensive midfield to allow Matti Steinmann to be deployed in a more advanced role.

“For the first game, I’m highly impressed (with Golui and Das). They seem to take in information really well. I think there’s plenty of improvement left to come from these boys. Opportunities are key for all players at every level across the world and you can see that they really want to improve,” Grant admitted that he would like to play the team.

Meanwhile, regular starters in Daniel Fox, Narayan Das and Jacques Maghoma enter the next match each with three yellow cards to their name. The coach added that he is not worried risking a player to suspension.

“You can’t take players out just because of a yellow card because you don’t know what’s going to happen. Them players, if they get a yellow card again, hopefully, it’s for a yellow card tackle and not anything stupid or silly. It’s just part and parcel of football. If someone can’t play, someone else gets an opportunity. That’s what we have done this season and when you get an opportunity, you have to take them.”

Ahead of facing Hyderabad, the former Burnley midfielder has promised to take the game to their opponent.

“The first time we played them (Hyderabad), we gave them a helping hand. They scored two goals within seconds and it wasn’t a great game by them but more poor play by us. But they are going to give us a good challenge because they got a few good young players. And obviously, they are a few points ahead of us and they got more to hold on to. So we got to try to take something away from them.

“Our approach will be the same as we’ve done every game from day one. We’ve set out to play a nice brand of football with high intensity and win games. Obviously, earlier in the season it wasn’t to be. Gradually, you’ve seen an improvement. So we’ll carry on as we are and take the game to the opponents.

Thu Feb 11 , 2021
Magpies manager Steve Bruce has revealed that his leading marksman has a hamstring tear and could be missing until April Newcastle have been rocked by the news that leading goalscorer Callum Wilson could be sidelined for up to eight weeks with a hamstring injury. The 28-year-old striker was forced off […] 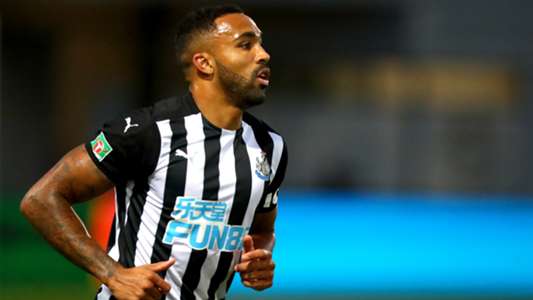